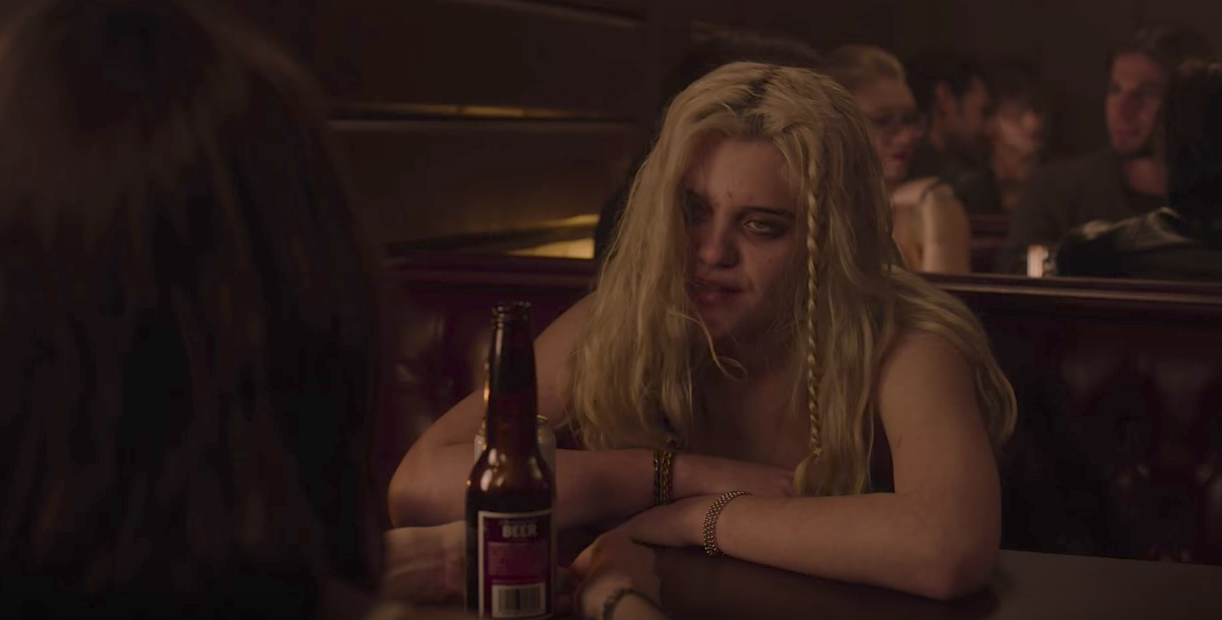 For pop music fans–as well as Matthew Lillard fans–last night’s Twin Peaks: The Return was a big deal. As has become standard, the show’s ninth installment concluded with a musical scene in the Roadhouse (otherwise known as The Bang Bang Bar). The first guest was Hudson Mohawke, who delivered the show’s first straight-ahead electronica performance. As Resident Advisor notes (Mohawke confirmed the report with a retweet), the former TNGHT member performed a new song called “Human.” No studio version of the song has surfaced.

During his performance, Sky Ferreira’s character (credited as Ella) appeared on the show for the first time, drinking a beer, bemoaning being fired from a burger joint after showing up high to work, and scratching a mean itch under her arm.

Au Revoir Simone also returned to the show for a second time in the credits performing a dreamy ten-year-old tune of theirs: “A Violent Yet Flammable World” from The Bird of Music.

Last week, Nine Inch Nails performed nearly the entirety of “She’s Gone” from their December EP Not the Actual Events and re-summoned Evil Dale in the process. The Chromatics, Sharon Van Etten, Alex Zhang Hungtai of Dirty Beaches, The Cactus Blossoms and more have already appeared on the series.

Watch a snippet of Ferreira’s appearance and Au Revoir Simone’s performance below. You can watch the entirety of the episode at Hulu or via Showtime. Read our review of the first four episode of the new Twin Peaks here.