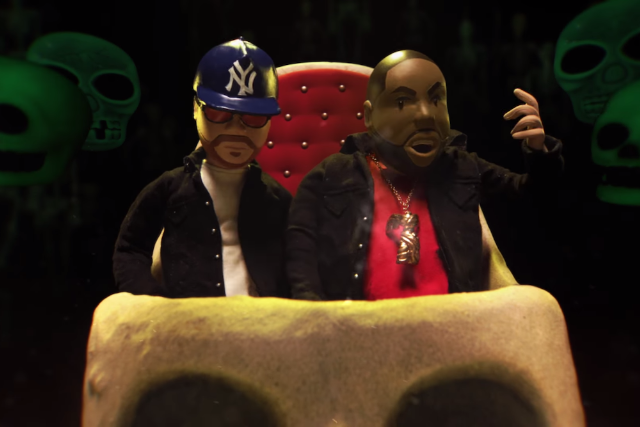 Run the Jewels have released the video for “Don’t Get Captured,” the second from their most recent LP RTJ3. The claymation video shows the duo rolling through a haunted house ride, but because this is Run the Jewels, this is a haunted house ride with sociopolitical allusions. The flick is directed by Chris Hopewell, who also helmed Radiohead’s claymation-animated “Burn the Witch.” Watch the video below.