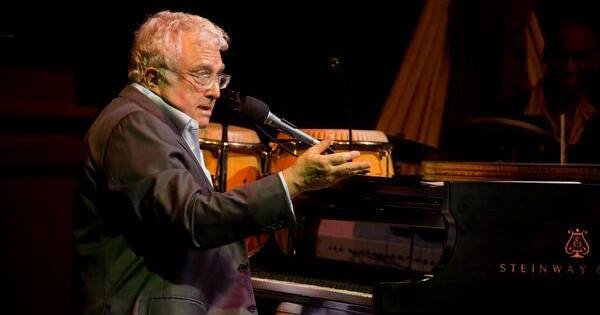 Randy Newman has released the second single from his upcoming album Dark Matter, which is his first studio LP of new material since 2008’s Harps and Angels. It’s a gentle jazzy narrative song written from the perspective of the first legendary blues singer to be named Sonny Boy Williamson, which was Sonny Boy Williamson I, born John Lee Curtis. Newman tells a true story here, making specific references to the original Williamson’s career (“I wrote songs that the people knew/Like ‘Good Morning School Girl’ and ‘Jackson Blue'”), tracing his ascent in the Chicago music scene.

Ultimately, Williamson is confronted with a blues singer and harmonica “twice [his] size, about [his] age” covering his songs and pretending to be him in a nightclub--Sonny Boy Williamson II, who would go on to greater national fame. Ultimately, the original Sonny Boy meets his untimely end at the age of 34, and becomes “the only bluesman in heaven.” Newman has released the song in a lyric video, a format that works when coupled with a clever and verbose Randy Newman song. Listen below. Dark Matter releases on August 4 via Nonesuch.