The New Queens of the Stone Age Album Sounds Like It’s Going to Be… Danceable? 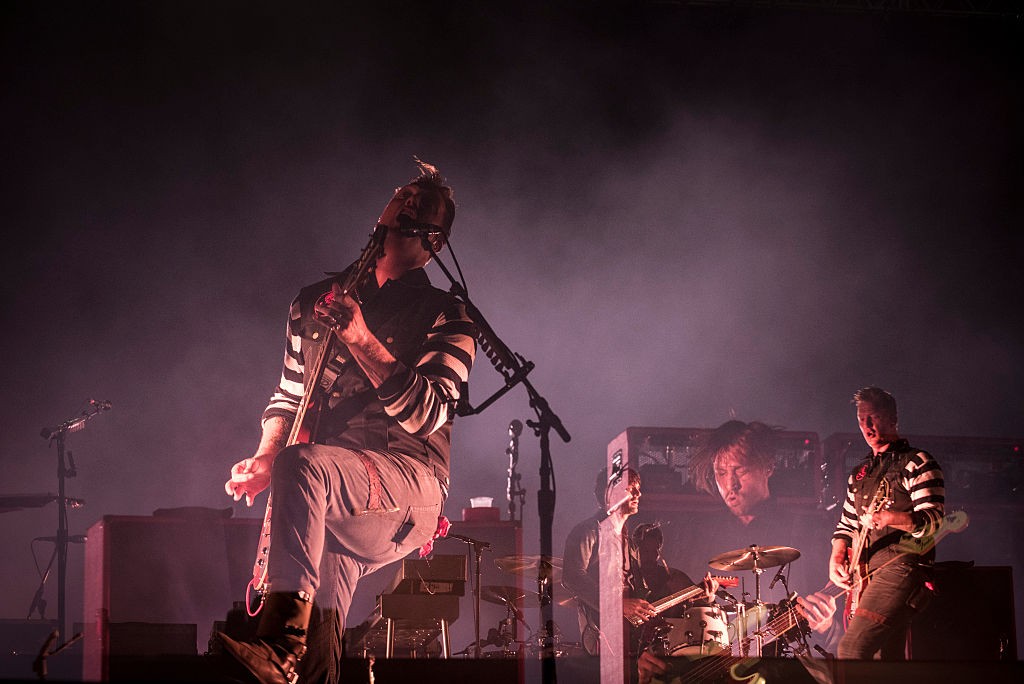 “I think maybe music people might not understand the vast overlap of the curves between Ronson and Queens,” Homme said. “If you listen to ‘Uptown Funk,’ you hear that tight, kind of vacuous dry sound, and that’s where I wanted to take this new Queens record.” Multiple songs on Villains are described as upbeat or dancey, particularly the lighthearted, autobiographical “Feet Don’t Fail Me.” Even an older, slower song like “Villains of Circumstance” is newly shaped to fit an aesthetic Homme describes as “like Elvis’ version of ‘Blue Moon,’ where it just felt empty sonically.”

Homme says he doesn’t like to talk about the deadly 2015 Paris terror attacks that targeted his other band, Eagles of Death Metal, but that proximity to the tragedy moved him to seize the present, personally and artistically. “It reinforced that you shouldn’t wait to do something or you’ll fucking regret it,” he said. “Move now. If you have a beef with someone, squash it. If you want to do something, do it. … The one line that is sewn through the record is the idea of ‘now.’ Now is all you’ll ever get, and there’s no reason for you to wait. If you wait to do something, you’re probably making a mistake.”