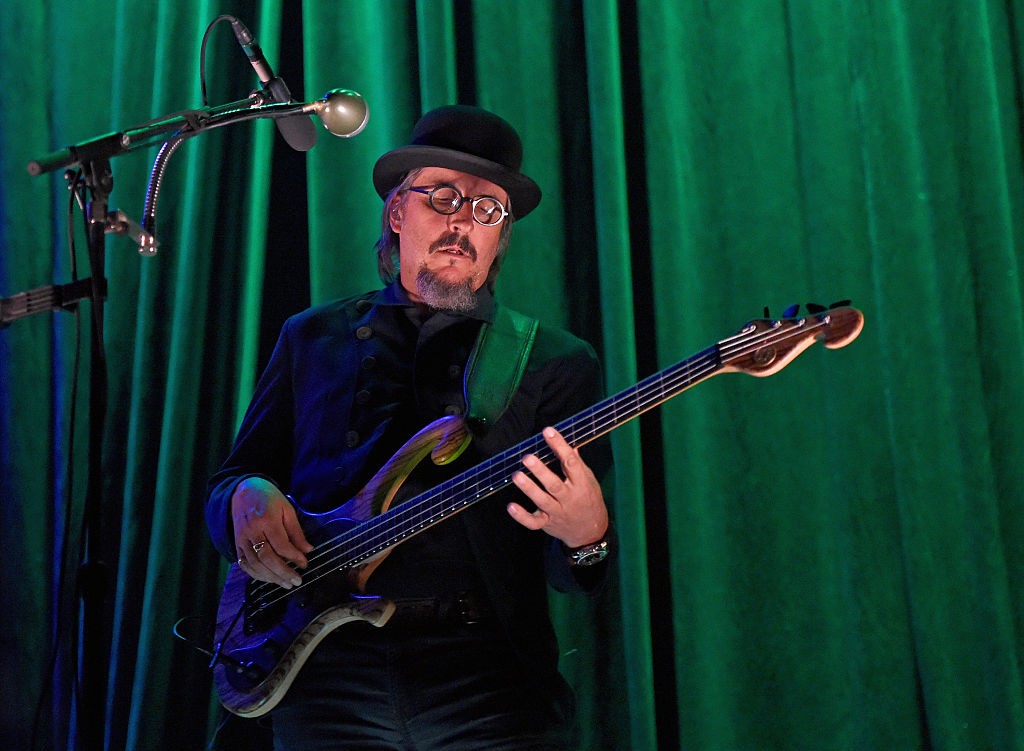 Primus’s 9th studio album, The Desaturating Seven, is coming out on September 29. It’s the maverick, virtuosic circus-funk-metal unit’s first album of new material with the band’s original line-up since 1995’s Tales From The Punchbowl and the unit’s first release since 2014’s Primus & the Chocolate Factory with the Fungi Ensemble, which–yes–consisted of Primus-ified versions of the music from the 1971 movie Willy Wonka & the Chocolate Factory. (You bet your ass they did “Pure Imagination.”)

The new Primus album also relates to children’s literature. Claypool says The Desaturating Seven is inspired by “The Rainbow Goblins” by Ul De Rico, a eerie kid’s book Claypool seems to have scared his own children with at an early age:

The dark imagery and beauty of the art struck me immediately and I thought, ‘this would make good fodder for a piece of music.’ The use of color and darkness both in the paintings and the writing was compelling and now, near two decades later, the metaphor of greed, gluttony and deceit vs unity of the masses is eerily relevant. I brought the notion to the Primus guys and they were all for it. Plus, I figured it’s about time someone brought ‘Goblin Rock’ back to the fold.

Primus are also in the middle of a summer U.S. tour with Clutch now; more information here. Check out the album’s first single, “The Seven,” below, along with The Desaturating Seven’s appropriately garish cover art. 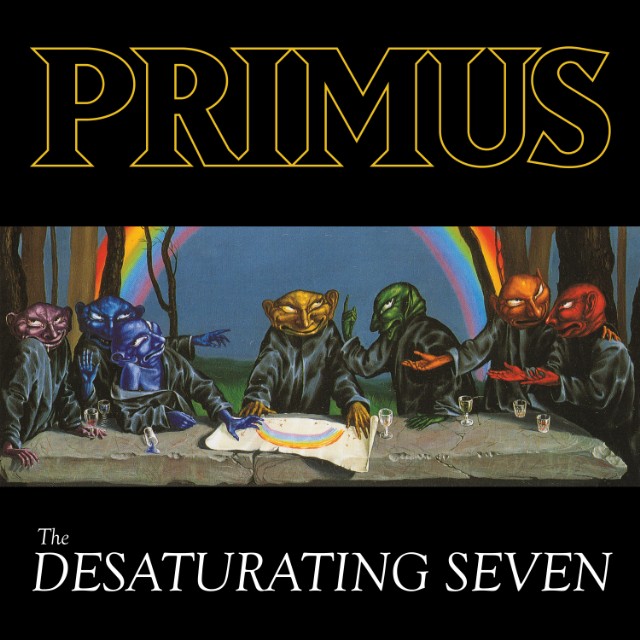