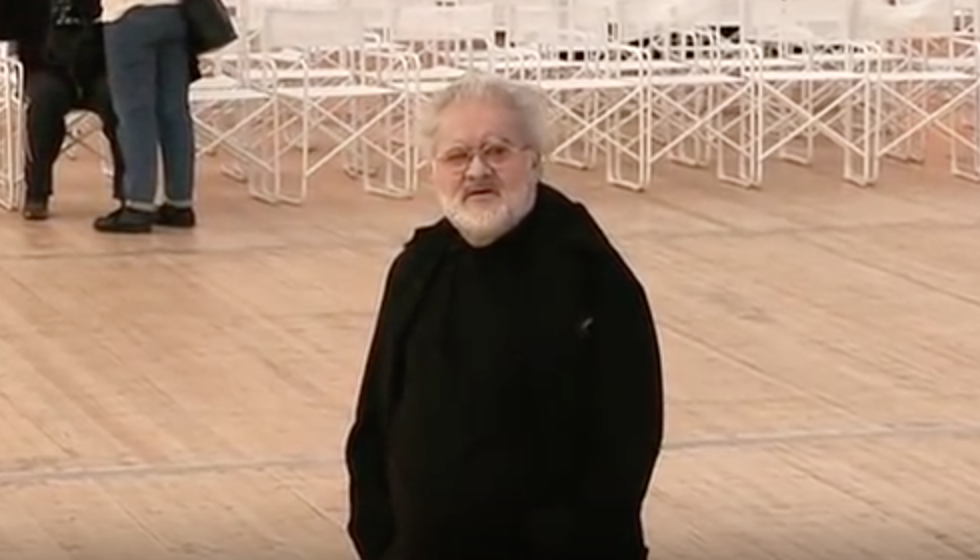 Pierre Henry, the influential French composer of electronic and electroacoustic music and sampling pioneer, has passed away at the age of 89.

Henry, a trained composer who studied with legendary French composer Olivier Messiaen, is known for establishing the GRMC (Groupe de Recherche de Musique Concrète). The group, which translates to “Research Group into Concrete Music,” was founded in 1951 along with his early colleague and radio professional Pierre Schaeffe. The group was a hub for experimenting with making tape music in which found sounds and music transferred from turntables and phonographs were manipulated to create new pieces of noise-heavy music.

Henry composed the first work of musique concrete to be used in a commercial film, his 1952 work Astrologie ou le miroir de la vie. Later, Henry would establish the first private electronic music studio in France, the Apsone-Cabasse Studio, in 1960.

Henry’s style evolved with changing trends, and in the 1960s and 1970s, he experimented with rock. In 1970, he released a collaborative album with UK psych band Spooky Tooth and working with the Violent Femmes on “The Story” from their 2000 album Freak Magnet. His own bells-and-guitar-driven 1967 rock experiment “Psyché Rock” is perhaps his best-known piece. Borrowed from a longer ballet score he wrote, it was remixed by Fatboy Slim and formed the basis for composer Christopher Tyng’s theme song for Futurama.

Listen to some of Henry’s works below. [Le Monde]