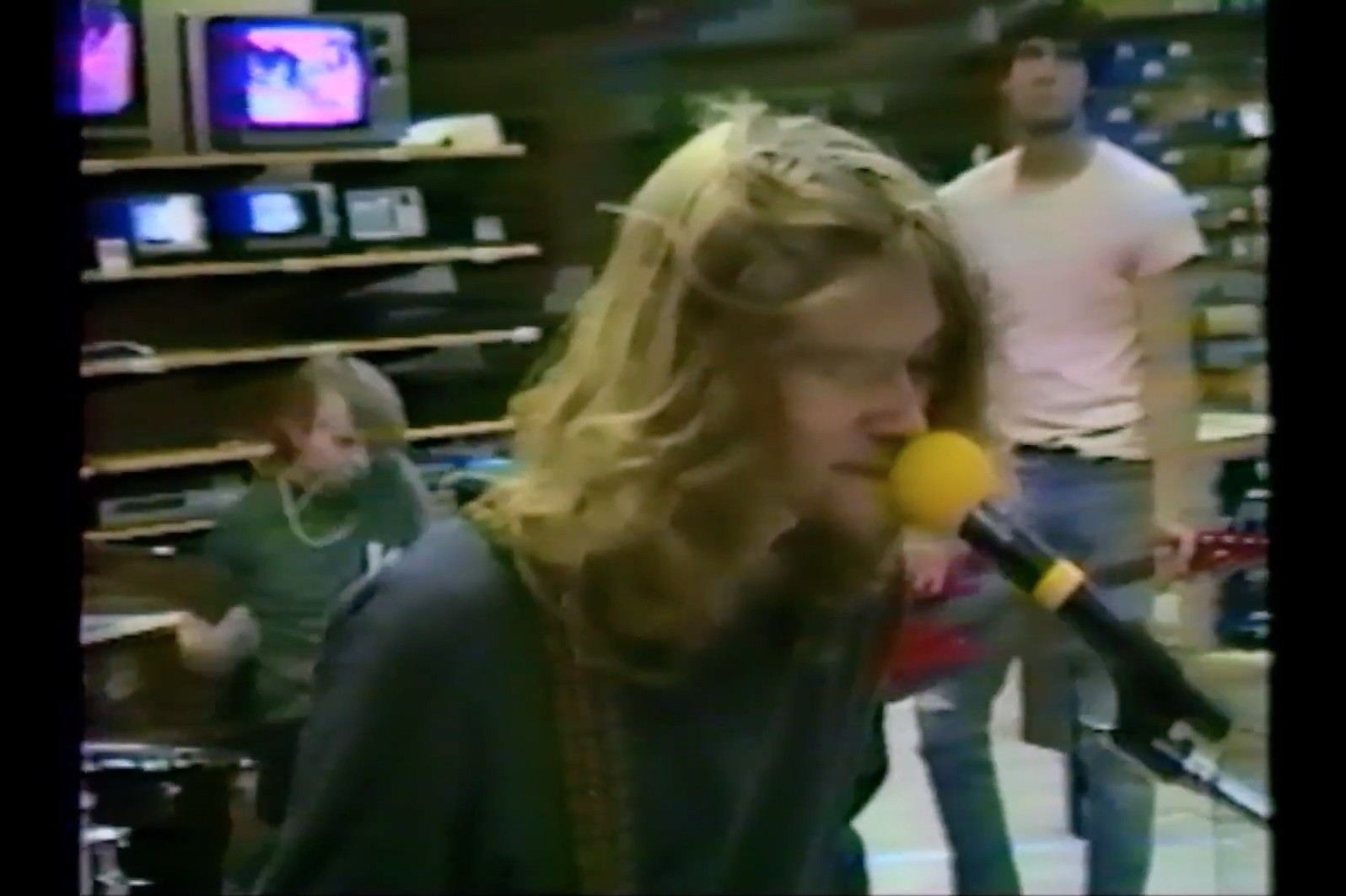 On January 23, 1988, a fledgling band not yet known as Nirvana recorded their first demo tape. The following day, they posted up after hours in an Aberdeen, Washington Radio Shack to film a video. Clips of the performance have been seen before, but here, courtesy of video archivist and SPIN tipster Mike Ziegler, is the full, 17-minute recording, featuring multiple takes of Kurt Cobain entering stage left in a flying leap. Drummer Dale Crover, later of the Melvins, is playing live, but Cobain and Krist Novoselic are syncing with the demo recordings from the day before—as you’ll see, their guitars aren’t plugged into anything.

Avid Nirvana fans will recall this odd clip of a young Cobain playing with plasma globes in a dark closet at the same Radio Shack. Here, for your viewing pleasure, is almost 12 minutes of the whole band on plasma:

Additionally, Ziegler has posted full, unedited 1993 video interviews with Cobain, Novoselic, and Dave Grohl. The interviews were filmed December 13, 1993, the same day as the Seattle performance that became an MTV New Year’s Eve special and was eventually released as the concert film Live and Loud. Cobain’s interview alone is 90 minutes long:

If this is quite not enough archival Nirvana content for your day, here’s two more interview clips: Cobain and Novoselic, each interviewed in Brazil in January 1993. Kurt talks shit about metal/punk crossover music and Krist wonders if the newly elected Bill Clinton will be a good president. Go ahead, you know you need a break from 2017.