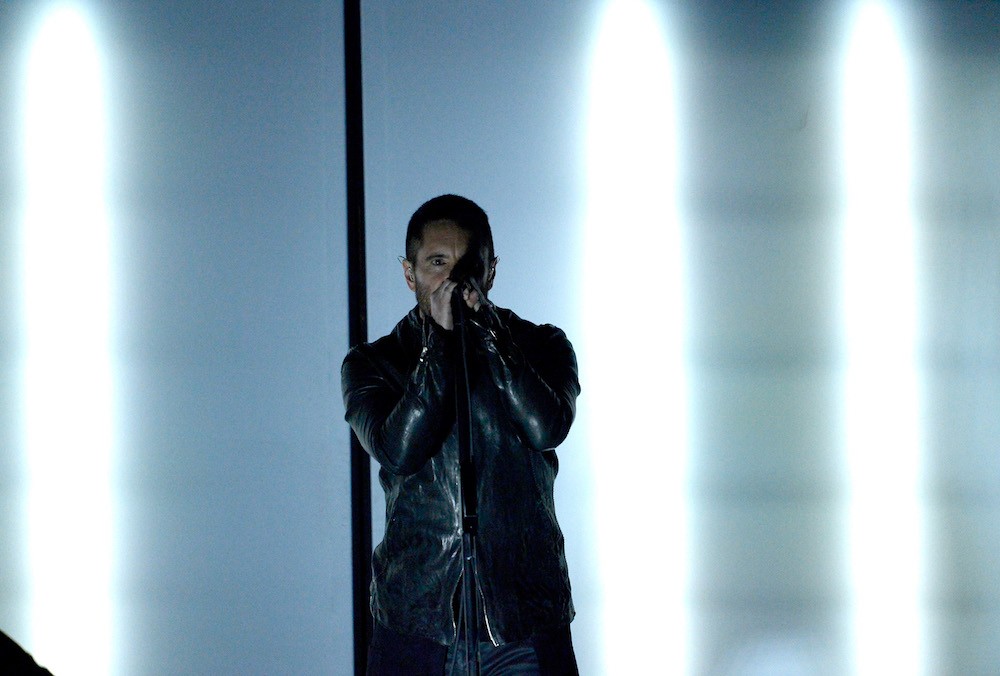 “Less Than,” the first single from the upcoming ADD VIOLENCE EP and the last we heard from Nine Inch Nails, gave us the sound of Trent Reznor’s industrial rock institution doing what they do best: sleek sequenced synths, then explosive guitar noise; a tight and sleazy verse, then a big shouted chorus; a lot of tension, then just enough release. “This Isn’t the Place,” the followup single, is a slipperier composition, less “Head Like a Hole” than, say, “11 Ghosts II.”  It’s the kind of Nine Inch Nails song that offers mounting pressure that never seems to resolve, and it’s more powerful for withholding any sort of contrived catharsis.

Aside from some wordless moans, “This Isn’t the Place” waits a full two and a half minutes before introducing Reznor’s singing voice. If only because of this quasi-instrumental opening, it’s likely to remind you of Ghosts I-IV, NIN’s sprawling collection of wordless sketches from 2008, or of Reznor’s work with longtime collaborator Atticus Ross, providing shattered-glass sonics for films like The Social Network and The Girl With the Dragon Tattoo. These are the works on which Reznor fully embraced his role as tinkerer and sound designer, placing importance on the delicate interactions between a small collection of drones and eerie percussive sounds, rather than the power of bloodletting wails.

“This Isn’t the Place,” too, is conspicuously minimal in its arrangement, with ping-ponging synth accents and a persistent pallor that made me wonder whether its title is a wry play on the utopian Talking Heads classic. When Reznor finally does start singing, it’s in a cracked and uncertain falsetto. He seems more interested in using his voice as just element in the atmosphere, rather than acting as rock’n’roll frontman. Over the course of the song, a swelling string ensemble creeps slowly out from the back of the mix, and for one thrilling moment, it threatens to overtake him completely. Then, the strings recede and dissolve. In short order, so does everything else.