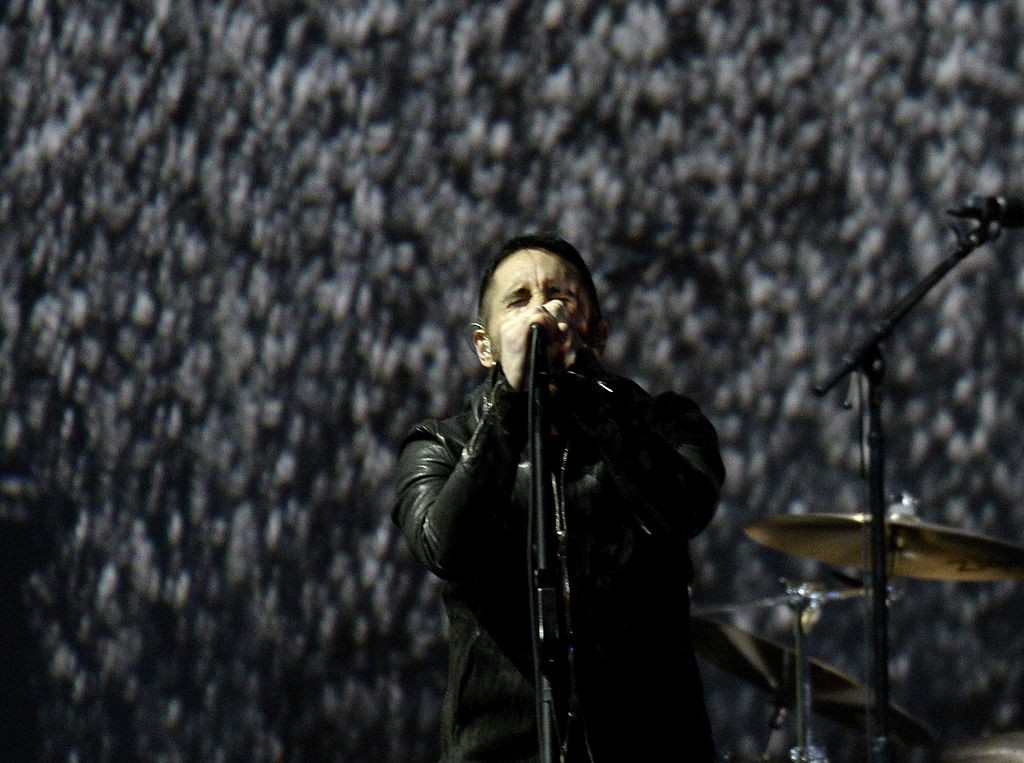 Nine Inch Nails is about to be everywhere again, it seems. Trent Reznor promised “two major works” from his band in 2017, and released a first salvo, December’s Not the Actual Events EP, just before the new year. Of course, it’s not like the core of 2010s NIN–Reznor and constant collaborator/co-writer Atticus Ross–hadn’t been crazily busy before this, crafting numerous movie soundtracks (Patriots Day and Before the Flood just in late 2016). After a cathartic, dramatically crucial performance on Twin Peaks two weeks ago, Reznor and Ross seem ready to go full-on, carnal Nine Inch Nails again and release their “major” new material.

Today Beats-1 premiered “Less Than,” a new single from the band’s upcoming ADD VIOLENCE EP (due July 21) that signals a return to the serrated electronica of 2013’s Hesitation Marks, and a step away from the sludgier concoctions of Not the Actual Events. In fact, a central lyric in the song’s refrain is nearly identical to one from Hesitation Marks’ lead single “Copy of A”–(“Go and look what you’ve gone done” vs. “Now look what you’ve gone and done”)–and the structure of the two ominous choruses is pretty similar to that song, too. Just as people got “what they deserve” on “Head Like a Hole,” people “get what asked for” here.

“Less Than” is also driven by the kind of aggro-fied “Blue Monday”-like synth arpeggiations that have peppered the band’s discography since the Pretty Hate Machine days. “Silence/Add a little violence” rhymes with “compliance,” of course–thematically, this is nothing surprising, and the wall of brittle distortion that inaugurates the chorus may scan like self-parody initially. The songwriting is well-arced and “Less Than” is perfectly capable of lodging itself in your brain.

If some Reznor-esque misanthropy and cynicism fits your current mood (and at least in ideological thrust, it probably should) then “Less Than” may be the best that we can hope for from the mature, more dignified Nine Inch Nails in 2017.