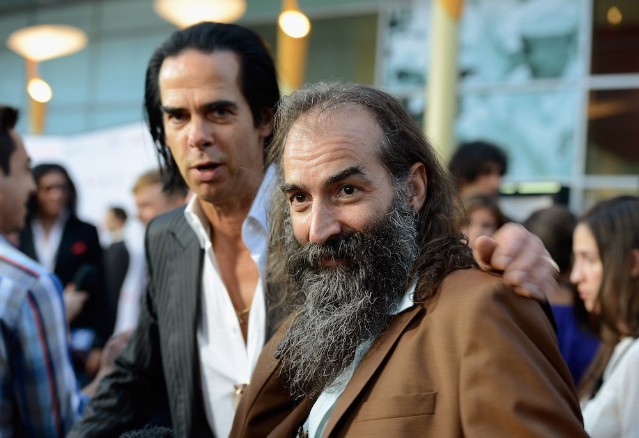 Taylor Sheridan, the screenwriter behind acclaimed border dramas Sicario and Hell and High Water, is making his directorial debut with Wind River, a murder mystery set on an Indian reservation in Wyoming. Nick Cave and his stalwart collaborator and fellow Bad Seeds member Warren Ellis, who scored Hell and High Water, were enlisted to provide music for the film. They’ve just released the first track from the soundtrack, “Three Seasons in Wyoming.” Like Cave and the Bad Seeds’ material, the music is ambient and eerie, featuring choral surges and spoken word (whispered and defeated-sounding) from Cave.

Cave and Ellis also recently contributed music to the Netflix film War Machine, starring Brad Pitt. Listen below, and watch a trailer for Wind River below as well. The full Ellis/Cave score will be available on August 4, the same date the movie comes out.