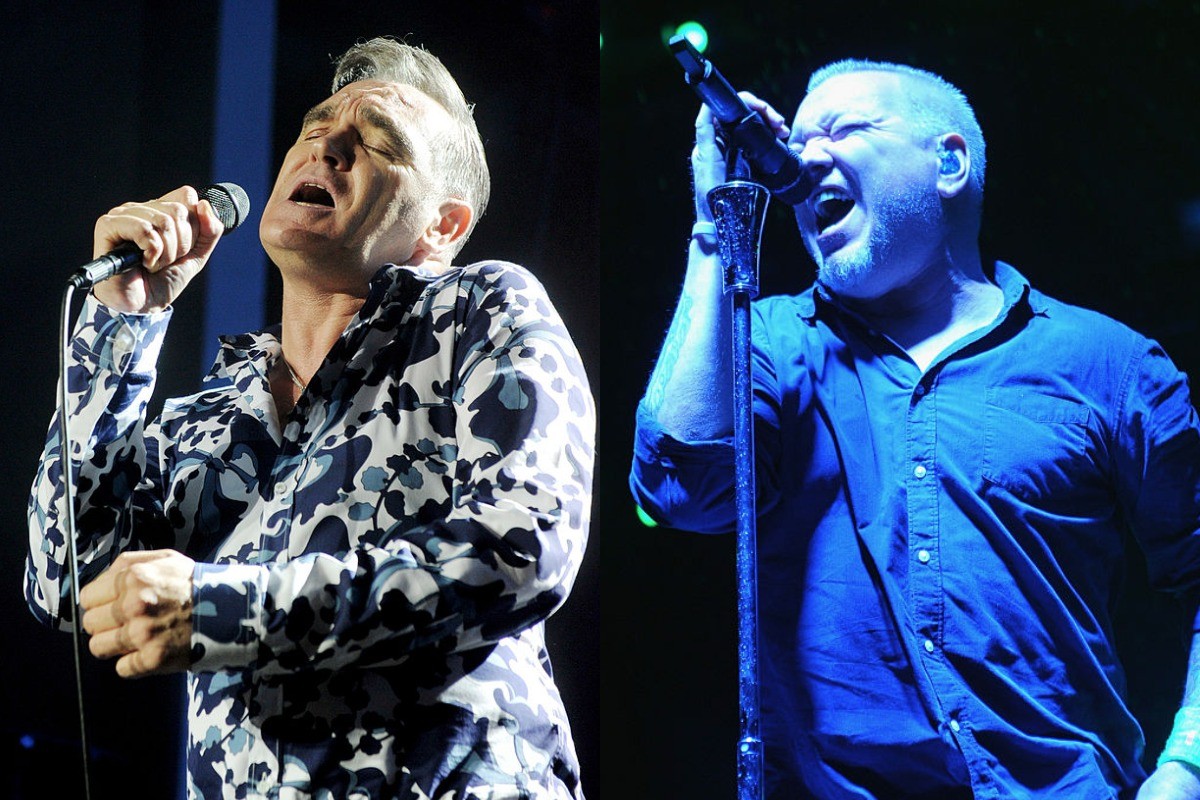 Our friends at Stereogum have a new interview with Steve Harwell, frontman of Smash Mouth, a band that continues to tour and celebrates its 20th anniversary this year. There aren’t a lot of surprises, unless you count Smash Mouth’s upcoming anniversary EDM remix EP—and, oh yeah, Morrissey is allegedly a Smash Mouth fan:

STEREOGUM: You mentioned being on the road all the time, what’s the most memorable show you’ve played in the last few years or so?

HARWELL: We just did a show in Guadalajara, Mexico, the Roxy Fest, with Morrissey, which was super, super cool.

STEREOGUM: Did you get to meet Morrissey?

HARWELL: Yeah! It was brief. But super weird and cool. He was great.

STEREOGUM: Is he a fan?

HARWELL: Yeah, he was very complimentary toward us.