The unauthorized Morrissey biopic England Is Mine premiered this weekend at Edinburgh International Film Festival, and at least one Moz associate has officially condemned it. As Morrissey-solo.com points out, the Smiths singer’s close childhood friend James Maker — who performed at some early Smiths gigs in a role similar to Bez from the Happy Mondays and who later started his own projects Raymonde and RPLA — has shared some scathing words about the film. Some of them include “disingenuous,” “insulting,” and “historical fiction.” Read his full Facebook post on the matter below.

Statement: ‘ENGLAND IS MINE’ (film)

According to the trailer of ‘England Is Mine’, Morrissey was an autistic, retiring creature with both curly hair and a natural crimp, who had to be physically pushed into becoming a singer by a well-meaning friend? (one who did not actually communicate with Morrissey throughout The Smiths’ success)?. Worse, they have put him in a green duffle coat and given him not one line of the Morrissyean wit we have all come to know. It is not a biopic, but historical fiction. A strange move, considering that those formative years have been so abundantly well-documented.

I knew him then, and I knew the house at 384 Kings Road. Morrissey’s mother should sue the filmmakers on their misrepresentation of her curtaining, alone. But the fact is, this is not Morrissey. The premise that if Morrissey could be a singer, then anybody could, is disingenuous, and rather insulting to his original talent as an artist. 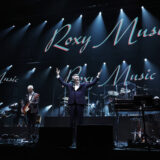 At the time, and previous to the formation of The Smiths, Morrissey had very few close friends. This is documented in Morrissey’s memoir, ‘Autobiography’, and my memoir, ‘AutoFellatio’. I do not appear in the film, and characters who did not exist in real life are invented? by the film-makers.?

I am relieved not to be included, because if they can portray the protagonist as a person with crimped hair who relies upon guiding hands on shoulders, to thrust him through life’s revolving doors, then I am merely someone who, miraculously, managed to venture?? further than the ‘NO BALL GAMES’ sign posted adjacent to my bedroom window.