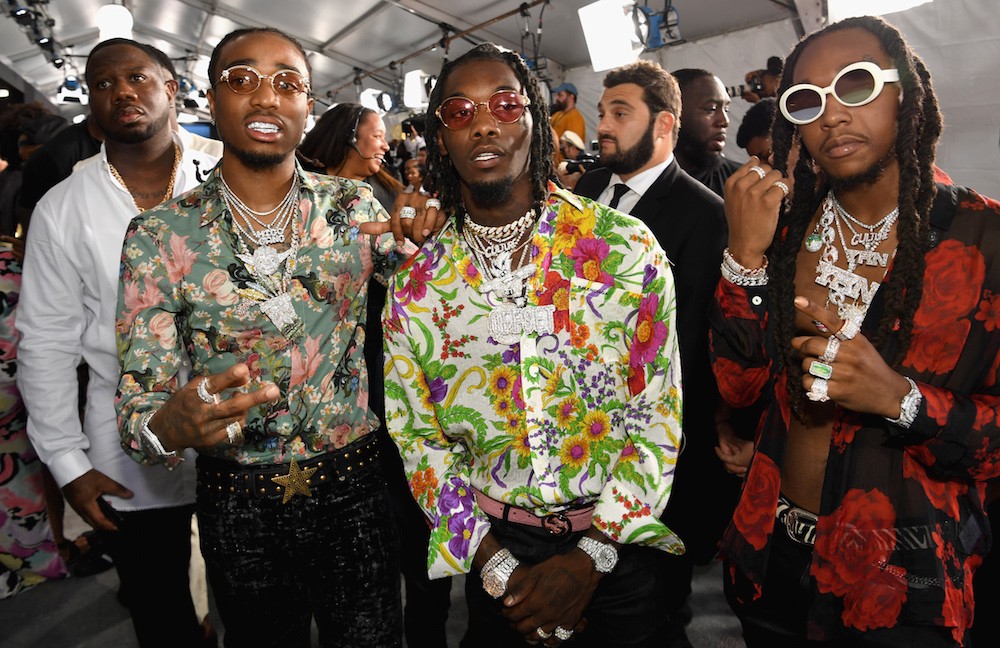 Migos member Takeoff was removed from an Atlanta-to-Des Moines Delta flight last night in what the band’s manager claims was an example of racial profiling. Quavo and Offset and the rest of the group’s crew deboarded the plane in a show of solidarity.

Both Delta and Migos’ management acknowledge that Offset failed to properly stow his carry-on luggage in an overhead compartment, however Migos’ manager told TMZ he and the rest of the group were asleep with flight attendants made multiple requests for him to put away the bag. Delta later issued a statement to Variety saying the rapper “repeatedly refused to follow crew member instructions to buckle their seatbelts and stow carry-on items in the overhead bins,” causing the captain to return the plane to the gate.

A video obtained by TMZ shows the group and their manager speaking with Delta representatives after leaving the plane. In the clip, the group’s manager says he’s taking the issue “all the way to the top” and threatens to sue Delta.

The situation was apparently resolved to everyone’s satisfaction, however, as Delta provided Migos with an entire plane to themselves so they could make their 10 p.m. gig in Iowa on time.

RIGHT IS RIGHT WRONG IS WRONG Thanks @delta For Making It YOUR job to get US to our concert On TIME!!! W H O L E P L A N E ✈️