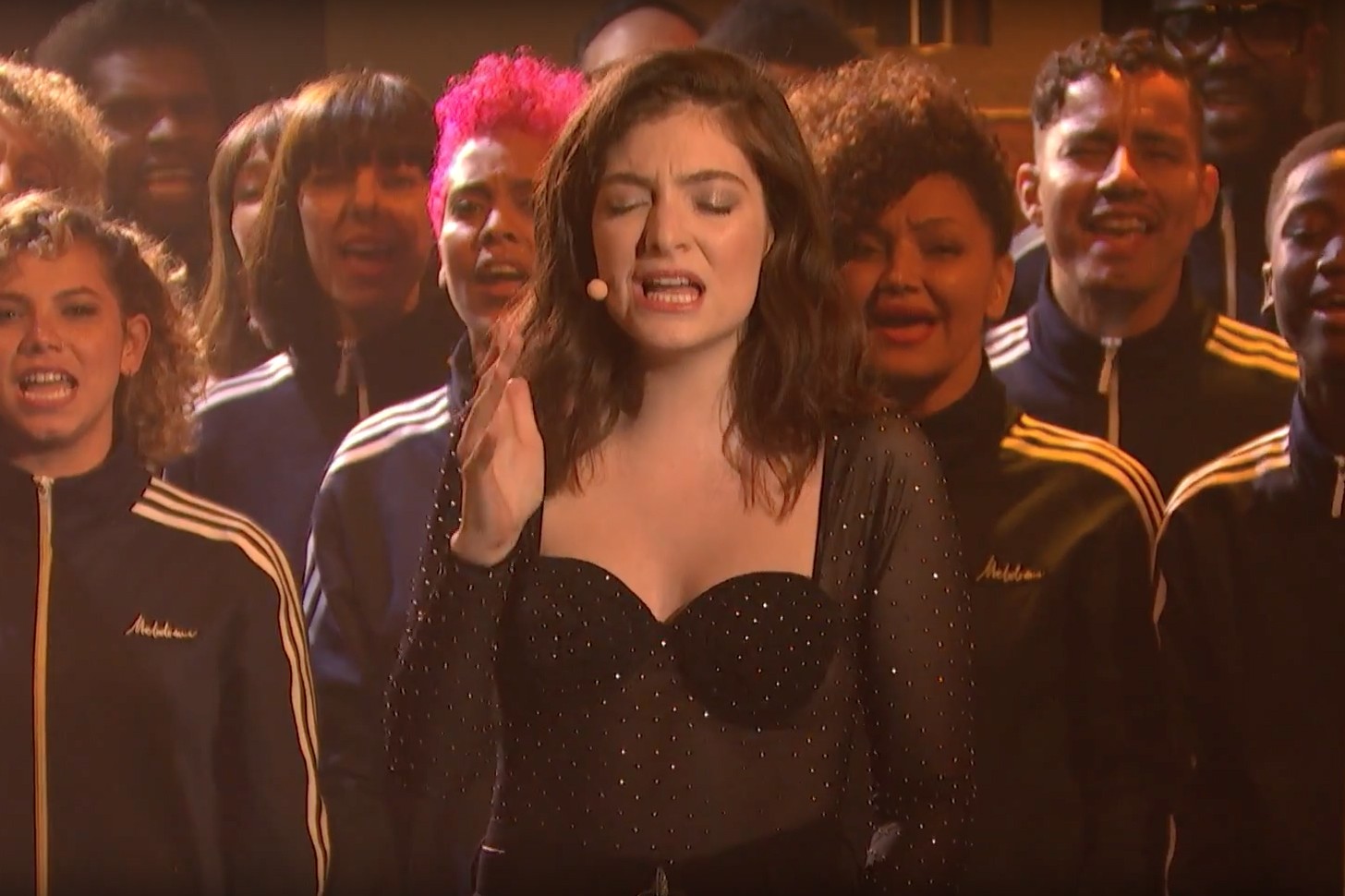 Lorde appeared on Late Night With Seth Meyers last night to perform “Perfect Places,” the closing track from her new album Melodrama. It’s a great rendition, in part because Lorde was accompanied by a choir of young people wearing matching monogrammed Melodrama tracksuits who were clearly just as happy to be there as she was.

During the interview segment, Lorde chatted about her “work husband”/co-producer Jack Antonoff, her synesthesia, and her love for the New York City subway and hard-boiled eggs from Starbucks. Meyers told her, “Congrats on this album, what I’ve heard is wonderful,” which would seem to imply that he still hasn’t listened to all of Melodrama a month after its release. Hopefully this performance changes his mind. Watch below.