Part of what’s always made Laurel Halo unique is that despite her origins in electronics, nothing about her music really ever adheres to inherited convention. 2011’s Hour Logic layered rapid-fire drum samples in patterns too strange to be techno; in 2012, Quarantine introduced Halo’s flat, wavering voice into a mix now dominated by scattered washes of dramatic synth design. While not quite fully inhuman, the arpeggiated Rhodes chords and broad strokes of meditative electronics on tracks like “Years,” “Joy,” and “Morcom” built something sparse and eerie from machinery. Though later efforts largely ditched the vocals, a profound humanity continued in the current beneath newer tracks—no easy feat for an artist working in the same circles as Hatsune Miku.

On Dust, Halo has joined up with a new team of collaborators including vocalist Julia Holter, producer Max D, and experimental percussionist Eli Keszler. The diversity of new sounds takes particular influence from Keszler’s live electronic-processed drumming, which here seems to lead Halo’s attention to rhythm in a number of different directions. Where the album single “Jelly” followed the scattered drum machine patterns of her past material, tracks like “Buh-bye” and “Koinos” combine acoustic instrumentation with an almost-free-jazz edge. “Do U Ever Happen” introduces the sort of freeform chimes native to a lot of jazz-influenced mid-century film composition, while opener “Arschkriecher,” with its blaring saxophone loop beneath wandering improvisational horns, wouldn’t sound out of place on a Sun Ra record.

Still, much of the scaffolding of Halo’s original sound lies intact. While its drums may come from Keszler—as well as Halo’s own background in jazz—“Moontalk” offers an interesting combination of past and present sounds where the aim is still fundamentally to make people dance, rather than meditate. With bright synths and a subtle sample of a wrong number dial tone, the track stirs the album’s A-side into something more groove-oriented. Halo’s voice is refracted through warm processed harmonies that feel more subtle than past efforts, yet still have something weird at their center. “Sun to Solar” and “Syzygy” settle into similar grooves, slowing down with the deconstructed take on the shimmering R&B of artists like Banks or Jessy Lanza. Basking in warm, slack time, the later tracks embrace airy New Wave textures, and feel like the natural evolution of her dreamy work alongside James Ferraro and Oneohtrix Point Never’s Daniel Lopatin.

For an artist never exactly afraid of taking risks, Dust still finds new forms of experimentation, moving beyond dance toward something softer and more reflective. Halo juggles new elements with gorgeous sparseness that gives weight to each sonic addition. Tracks indulge in their obliqueness yet rarely lose momentum, and even at their messiest each component feels essential to something bigger. Maybe that’s a feature of good collaboration, but one of Halo’s strongest skills has always been her ability to navigate between noise and ambience, tension and release with a sharp clarity of intent. She’s a master linguist in a dialect all her own. 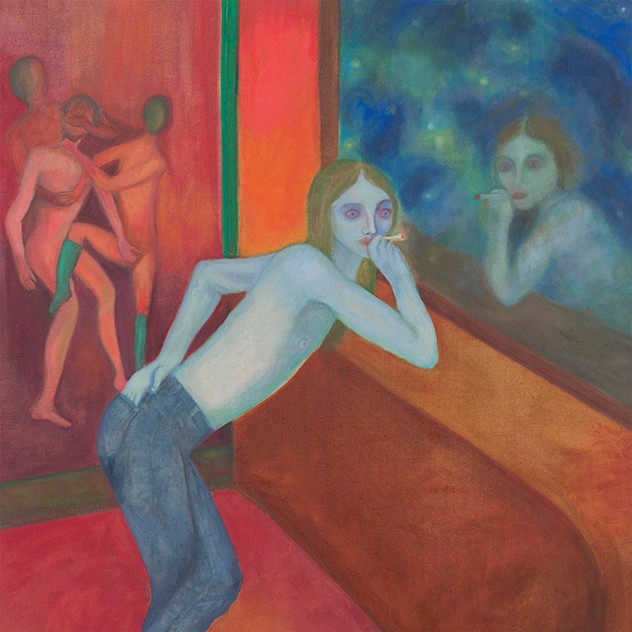