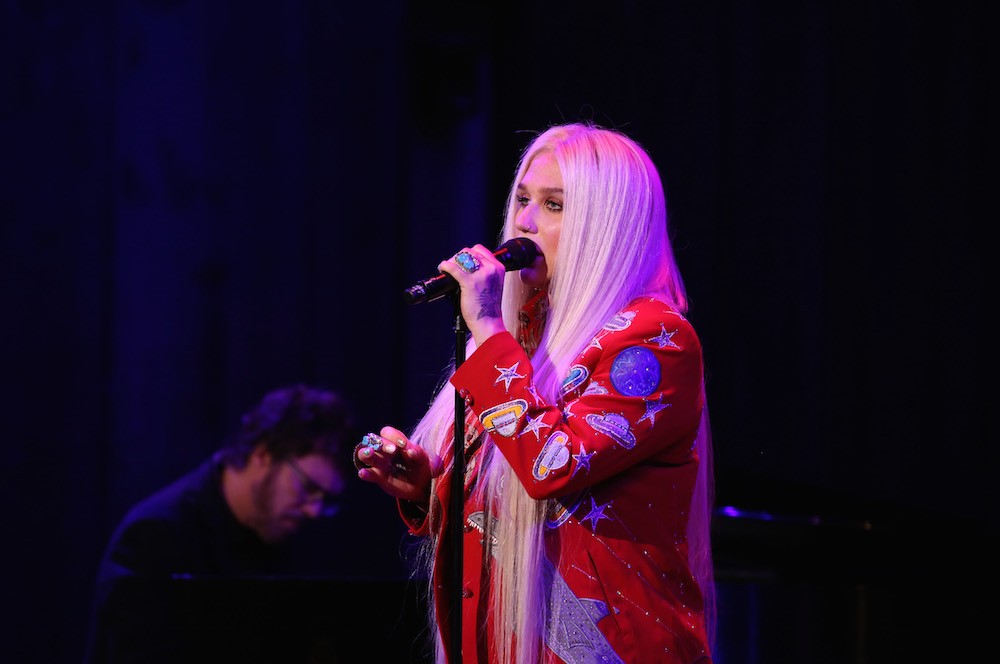 This morning, Kesha released a video for “Praying,” her first new solo song since 2013. The track, which was co-written by Macklemore collaborator Ryan Lewis, is the lead single from the singer’s forthcoming new album Rainbow, due August 11.

In 2014, Kesha accused super-producer Dr. Luke of sexually and emotionally abusing her while she was signed to his label, Kemosabe Records. Since then, the two have been locked in an ugly legal battle that has prevented Kesha from releasing music outside of his control. Last month, Dr. Luke dismissed a defamation lawsuit against Kesha’s mother after she agreed to issue a joint statement, and earlier this year, Sony reportedly decided to end its longstanding relationship with the producer.

Kesha wrote about the song in an essay for Lena Dunham’s Lenny Letter, where the video premiered. “‘Praying’ was written about that moment when the sun starts peeking through the darkest storm clouds, creating the most beautiful rainbow,” she wrote. “Once you realize that you will in fact be OK, you want to spread love and healing.”

Rainbow will be released August 11 on Kemosabe/RCA records and will include collaborations with Eagles of Death Metal and Dolly Parton as well as a song produced by Ben Folds.

Watch the video for “Praying” below.