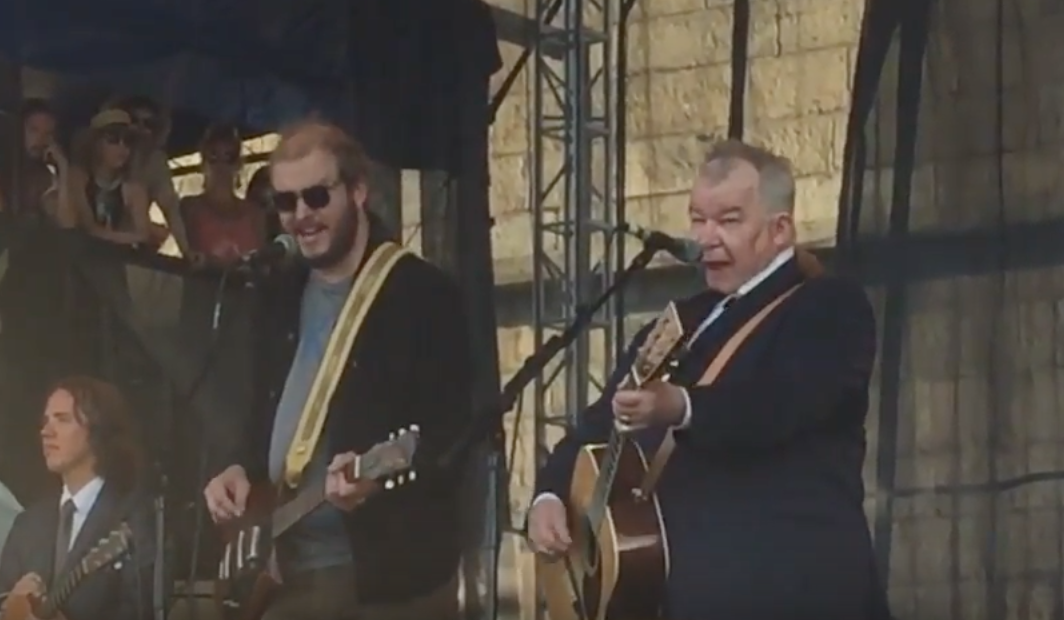 John Prine, the beloved folk/country singer-songwriter, was the headliner on the final day of the eventful Newport Folk Festival this weekend. Prine, 70, was assisted by a small crew of fans and past collaborators. Roger Waters joined Prine to harmonize and take a verse on one of Prine’s greatest standard, 1971’s “Hello In There”; the former Pink Floyd lead singer, a longtime Prine fan, previously performed the song on his own in 2015 at Newport. Justin Vernon, after joining in on an all-star set of Bill Withers covers earlier in the weekend, collaborated with Prine on “Bruised Orange (Chain of Sorrow),” the title track of Prine’s 1978 album. Margo Price joined Prine for “In Spite Of Ourselves,” and Jim James of My Morning Jacket, who also joined Angel Olsen at the festival, and Prine performed their version of “All the Best.”

In the end, there was group sing-along to “Paradise,” another great from John Prince’s debut album, which made the event even more like John Prine’s own mini-version of The Last Waltz. Watch video below.

Margo Price Opens Up About Her Husband’s Battle With COVID-19: ‘I Was Pretty Terrified’