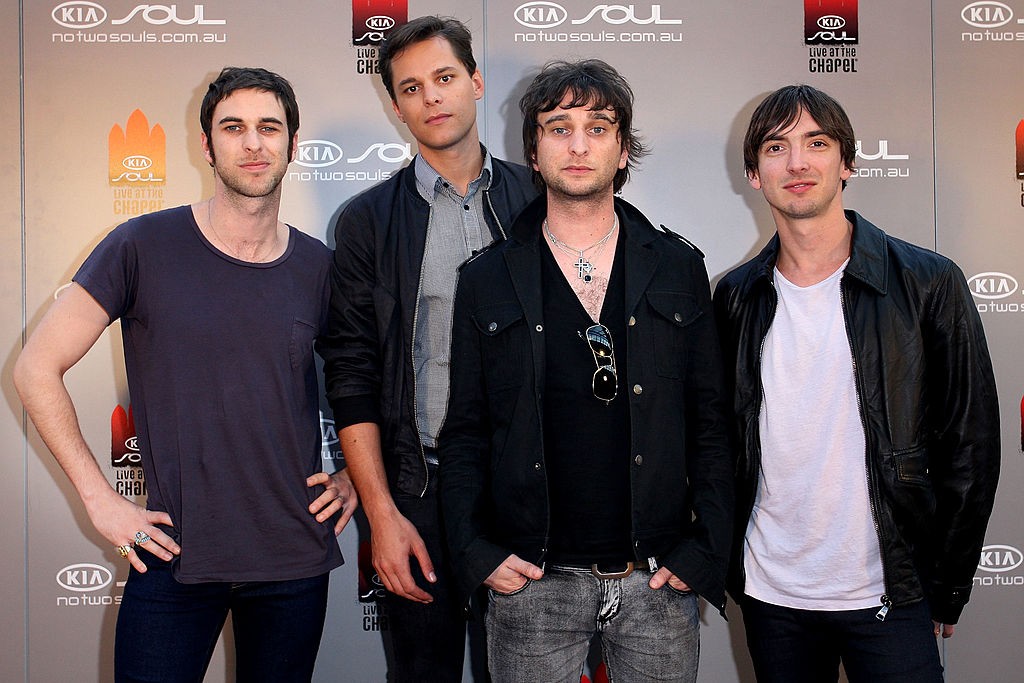 Five years after their well-earned breakup, noted funny and bad Melbourne cock-rock band Jet, of “Are You Gonna Be My Girl?” and “Cold Hard Bitch” fame, seems to be back and open for business. How has Jet adjusted to the times? Well, by returning via singer and guitarist Nic Cester’s one-off collaboration with Italian electro-house unit The Bloody Beetroots.

The results–two versions of a song called “My Name is Thunder,” one more a little more electronically-oriented and the other straight-up, 5-Hour-Energy-jacked Jet-rock–are as obnoxious as you’d expect. Both versions begin with a blistering, ugly sine-wave/vocal blasts and end with a piercing, adenoidal Jet “Yeeeah!” It’s like lobotomized Death From Above if they were angling for opening slots at EDM festivals.

The Bloody Beetroots leader–someone who calls himself Sir Bob Cornelius Rifo–gave this sordid account of the genesis of the song(s):

I knew this song needed a certain rock tone… a tone like Nic Cester of Jet had.  We thought instead of someone ‘like Nic Cester,’ how about we get the real Nic Cester! Thinking he would be in Australia, it was fate that he lived just a couple hours away from me in Italy.  I found him. We worked together, ate together, drank together and created something very powerful together.  Around this time the Jet guys stared talking and thinking about getting back together, when Nic shared this with his bandmates, the idea came up to have ALL of Jet involved.  Because of our different influences, we had different ideas on the mixing and from that we came up with two versions.  It’s the best of both our worlds!

It looks like this is all “Sir Bob Cornelius Rifo”‘s fault. Listen to both versions of “My Name is Thunder” below.