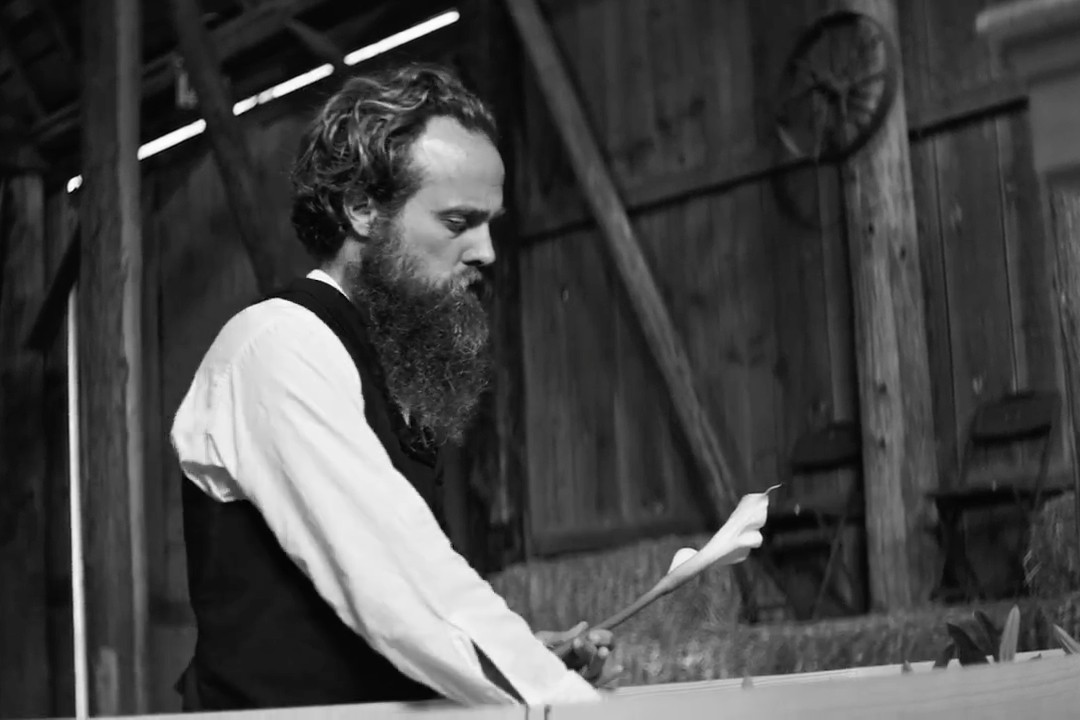 Happy 42nd birthday to Sam Beam of Iron & Wine—have a mug of camomile tea or something for him, will you? He’s also just released “Thomas County Law,” the second single from Iron & Wine’s modest, lovely upcoming album Beast Epic. The accompanying video stars Beam as a solitary country priest and the gravedigger at his own funeral, which is one way to celebrate your birthday.

Correction: This post has been updated to correct the name of director J. Austin Wilson.