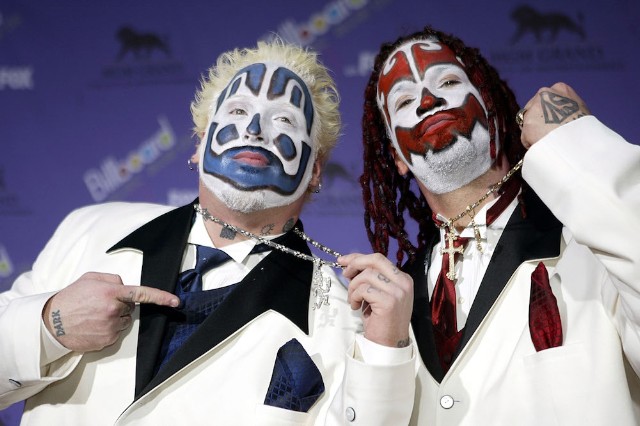 Here is a story that would seem fake were there not an accompanying Associated Press video: In Medford, Massachusetts, a 38-year-old man was arrested for showing up outside a radio station, and demanding that the employees play Insane Clown Posse’s “My Axe.” The man was wielding several sharp weapons, including an axe, and was observed throwing knives at a tree. The man was arrested after a confrontation with police, and will be taken to the hospital for a mental health evaluation. In the video, there’s an interview with an unidentified man who can’t stop smiling as he talks about the axe/”My Axe” convergence, because come on. Watch the video below. [Associated Press]

A Pro-Trump Rally Is Now Scheduled at the Same Time, Place as the Juggalo March on Washington