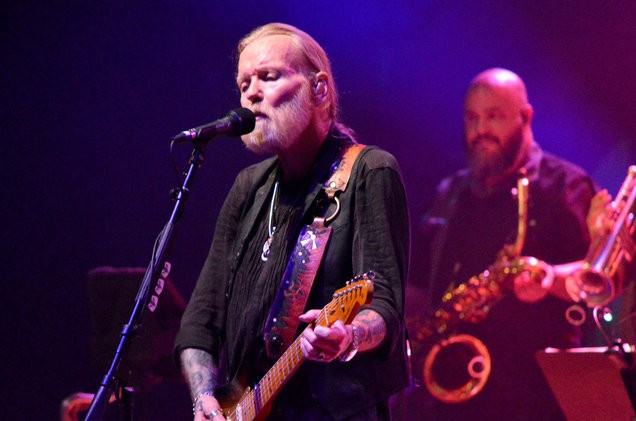 Southern Blood is a farewell to the beloved rock icon featuring the first new recording from Allman since 2011’s Low Country Blues, as well as a collection of songs written by Bob Dylan, Jackson Browne, Jerry Garcia, Willie Dixon, and more. Before his death in May, Allman spent his last years working on the project, collaborating on it with his friend and manager Michael Lehman, and producer Don Was.

Along with the album announcement, Rounder Records shared the first release off the record on NPR. Allman’s new, original track “My Only True Friend” featuring his classic, wistful voice and beloved guitar-heavy sound.

“‘My Only True Friend’ was Gregg’s attempt to contextualize the course of his life,” producer Don Was said in a statement. “The man that his fans saw performing onstage was the essential Gregg Allman—he was whole and truly satisfied when he was up there playing music. The trials and troubles he faced in life were mostly the result of not knowing what to do with himself in between shows. In this song, he’s addressing a woman and explaining that, although he loves her and doesn’t want to face living his life alone, being away on the road and performing every night is his lifeblood. If you understand this about Gregg Allman, every other aspect of his life makes complete sense.”

Was added, “He was a musical hero of mine and, in later years, had become a good friend. The gravitas of this particular situation was not lost on me. Gregg was a sweet, humble man with a good heart and good intentions and it was a great honor to help him put his musical affairs in order and say a proper farewell.”

Listen to “My Only True Friend” below and pre-order Southern Blood here.