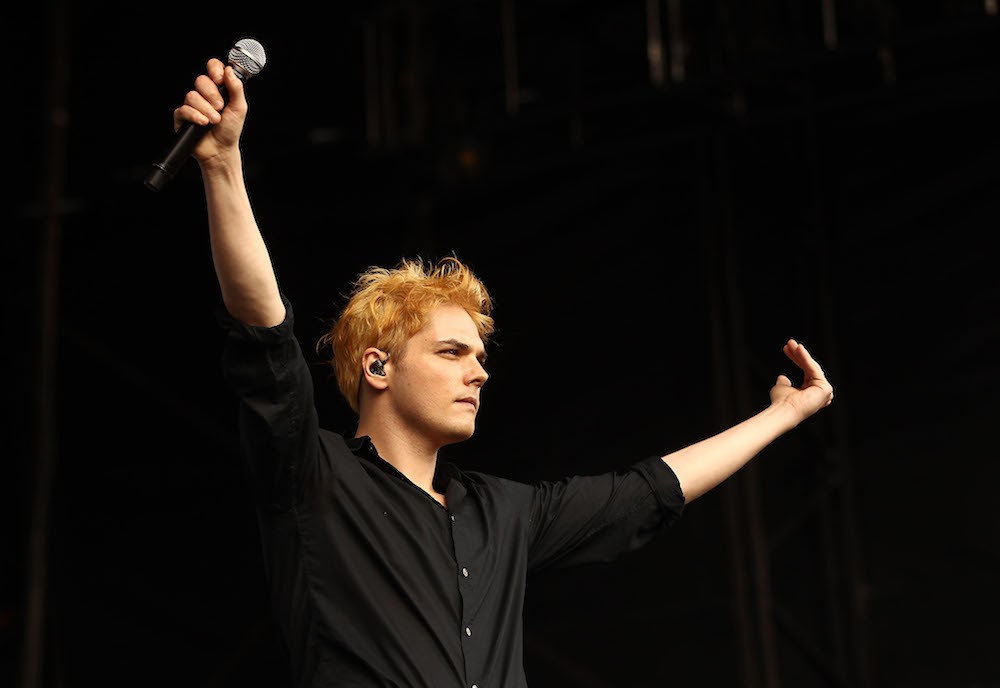 In a new interview with Nerdist, My Chemical Romance frontman Gerard Way, discusses his recent career making comic books, which includes a beloved and soon-to-be-Netflix-adapted series called The Umbrella Academy and the curation of Young Animal, a small new imprint of DC Comics. As Rolling Stone points out, the interview also briefly touches on Linkin Park. According to Way, the band and its late singer Chester Bennington “changed my life.”

The conversation turned to Bennington when Way revealed that one of his first substantiative conversations with comics artist and DC co-publisher Jim Lee happened backstage at a Linkin Park show:

“The first time [Lee and I] sat down, I was actually talking about a Batman story, and he started sketching Batman and we’re backstage at Projekt Revolution, which was headlined by Linkin Park.” Way pauses. “I was devastated to hear about Chester. He was actually at my wedding. Not a lot of people were there because we got married super quickly at the end of the tour when half the people had gone home. So there were literally only 30 or 40 people there, and he was one of them.”

Way met his wife, Mindless Self Indulgence bassist Lyn-Z (government name Lindsay Way) while both bands were touring with Linkin Park’s Projekt Revolution festival. Later in the interview, he elaborated on their meeting:

“His band and bringing us on tour, that changed my life. I met my wife. We have an amazing life now and a daughter. My memories of that period and meeting Linds again are tied into Chester and his band. It’s so sad.”

Rolling Stone points out that Bennington once spoke about his accidental role in bringing the two together in an interview for the magazine. “I felt really proud that … Gerard and [Lyn-Z] reignited their friendship and then ended up getting married backstage on the last show,” he said. “I was like, ‘This is freaking awesome.'”