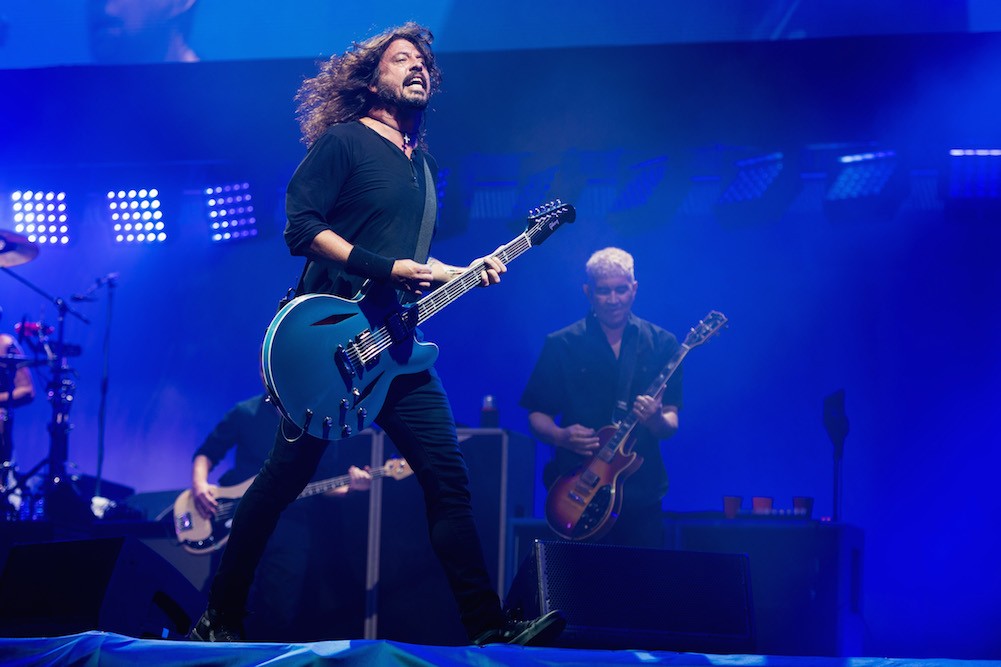 Foo Fighters’ upcoming album Concrete and Gold will have “the biggest pop star in the world” feature on it, according to Dave Grohl. The frontman teased the collaboration last month in a BBC Radio 1 interview, and he talked about it a little more in a recent Rolling Stone interview. Who that singer is remains under wraps. “We decided we were gonna make it our own dirty little secret and see if anyone can figure it out,” Grohl told the magazine.

We do at least have an idea about who won’t it be, though. Fans apparently thought highly enough of the Foo Fighters to suggest names like Adele and Taylor Swift—the former seemed plausible because Greg Kurstin, Adele’s producer, worked on Concrete and Gold. Although Adele’s an “amazing person” and Swift is “rad,” Grohl denied they were on the album.

Grohl even doubled back by saying the mystery collaborator “is more than” a pop star, but he did offer some vague hints. For one, the person is someone he’s talked to about bringing into the next season of their docu-series Sonic Highways. The singer’s a veteran, too.

But it was great and this person’s been around a long time. And I think I’ve met this person maybe a few times, but I’d never spent time with this person, and we had a blast together. Really fucking fun. And [he or she is] very talented – more so than I ever knew. But, of course, I fucking ran my mouth off; now I have to answer to it every time I pick up the telephone and I’m like, ‘Fuck! I shouldn’t have said anything.

If you know what any of these hints mean, feel free to shoot us an email at [email protected]