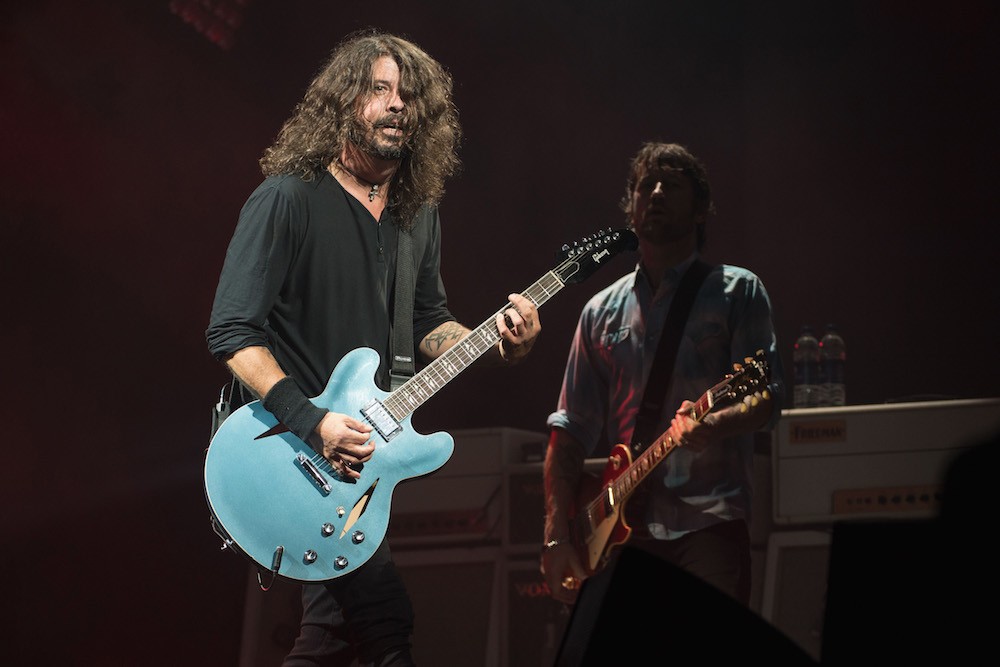 Foo Fighters are currently prepping their ninth studio album Concrete and Gold. Recently, the band’s former drummer William Goldsmith, who also played with Sunny Day Real Estate, revealed his sore feelings over his role on 1997’s The Colour and the Shape. Goldsmith’s drums on the album were largely re-recorded by Dave Grohl, and twenty years later, he’s still pissed.

Goldsmith told The Daily Mail that he felt “felt creatively ‘raped'” by the two years (1995-97) he spent with the group. He pointed to The Colour and the Shape sessions as the big example: “I worked for 13 hours a day for three weeks. I gave everything I could. I couldn’t believe at the end of it everything was done and I had got through it…But I just knew something wasn’t right.”

Lo and behold, Goldsmith found out that Grohl futzed with his parts apparently without telling him. As a result, “all of the work I had done was gone except for one or two of the tracks.” Goldsmith said that Grohl offered to let him tour with the Foo Fighters as some sort of consolation, but the damage had been done.

“For me, to have that done to you and to continue playing live would have been damaging to my soul,” Goldsmith said. “I would have been going against what I believe in. I wanted to create music not make money.”

He added: “Management, the producers and Dave, I think they all wanted Dave to play drums on that record. I would have been cool if it had been half me and half him. Or even if there had been some kind of communication about what they were doing. But they basically dragged me through the coals. It was brutal and I think maybe the producer was hoping I would give up but I didn’t.”

Goldsmith’s only credited contributions for The Colour and the Shape are for “Doll” and the slow intro to “Up in Arms.” Listen to them below.