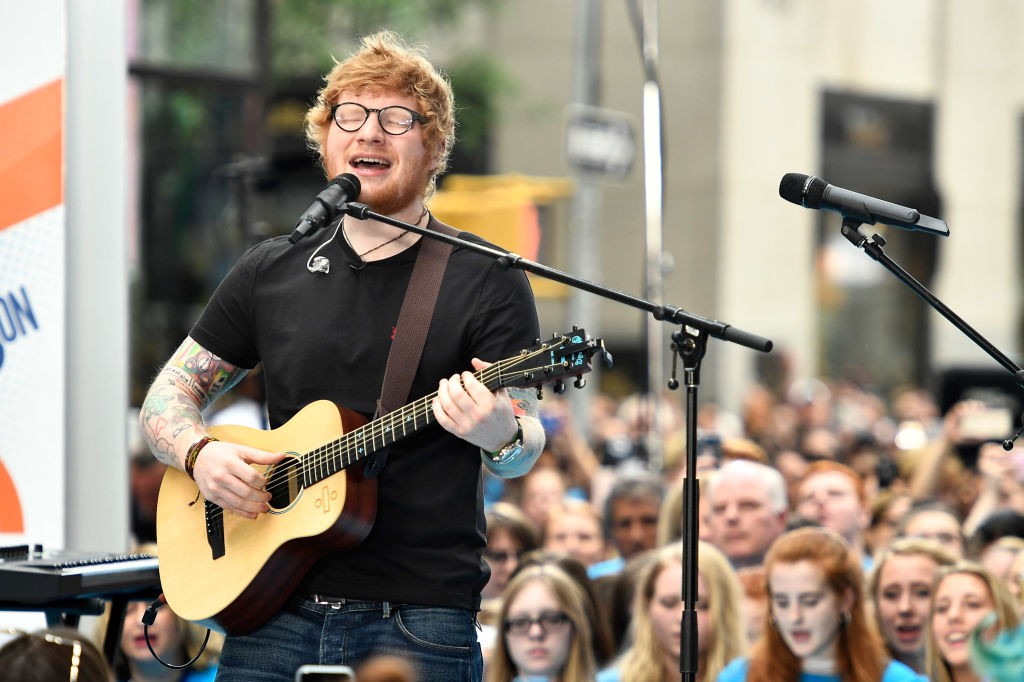 A lot of people complained about Ed Sheeran’s guest spot on Game of Thrones; I thought it was okay. The newest news of Sheeran’s small-screen work seems even more dubious, however: The UK pop superstar will apparently guest on The Simpsons as a Lisa love interest parodying Ryan Gosling’s suspenders-wearing jazzbo heartthrob in last year’s La La Land. This is what he’ll look like:

The episode is called “Haw-Haw Land” because, according to series producer Jean, the Sheeran character gets caught up in a “love triangle” with Lisa and Nelson. According to Jean, Sheeran-Gosling will sing in the episode, and Nelson will attempt to compete with him by offering his own version of the Drifters-famous pop standard “Save the Last Dance” in the episode.

The title is good, but given the caliber of The Simpsons in its late-twenty-somethingeth seasons, it seems safe to be sketpcai about the Sheeran guest spot. “Haw-Haw Land” is slated to hit airwaves sometime in January.