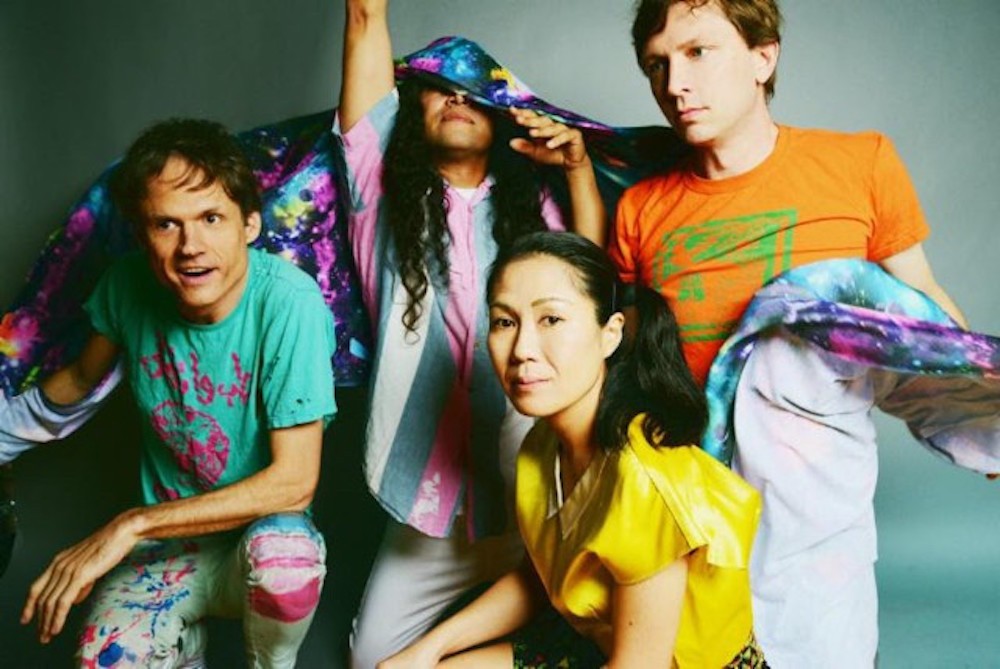 More than 20 years into their existence, Deerhoof are still electrifying on stage and inventive in the studio. I experienced the former a couple weeks ago when they played a small club in my town the night after opening for Red Hot Chili Peppers at an arena. The room was packed and Deerhoof were on fire. Every member brought something powerful and unique to bear on the music: Satomi Matsuzaki’s unmistakable vocals and buzzing bass tone, Greg Saunier’s ridiculous drum battery, the twisted guitar interplay between John Dieterich and Ed Rodriguez, all of it cohering into these unruly little avant-garde guitar-pop songs. They barely played any of their old classics, and they didn’t need to because their new material remains vibrant.

Consider “Your Dystopic Creation Doesn’t Fear You,” the latest single from Mountain Moves (one of five new Deerhoof-associated LPs this year) as well as this week’s entry in the Adult Swim Singles Program. It finds the quartet teaming with rapper, comedian, and TV personality Awkwafina, but it’s not a typical rap song. The track begins with bluesy classic rock guitar before segueing into a funky dance rock verse spotlighting Awkwafina. Then it morphs into a gorgeous pop chorus toggling between Matsuzaki’s understated melodies and some absolutely ripping guitar melodies. There are a few more twists and turns along the way, all of them delightful, and I invite you to experience them below.

This article originally appeared at Stereogum.