David Crosby on Punk, The Talking Heads and The Velvet Underground: “Pretty Much All Dumb Stuff” 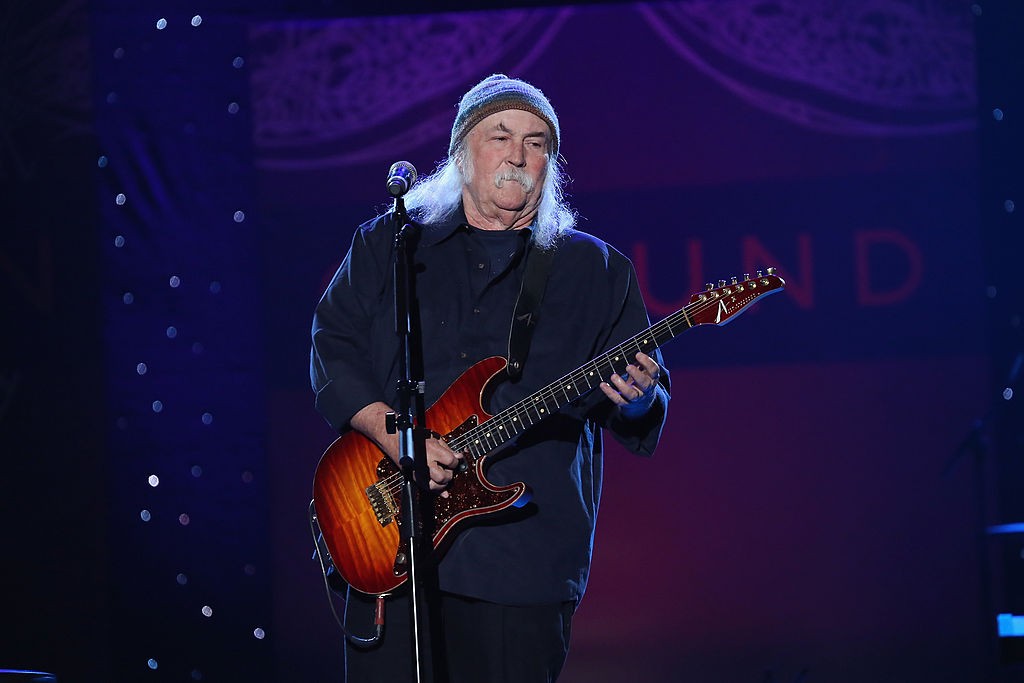 Today was huge for fans of David Crosby’s Twitter account: so rife with twists and turns that it was hard to pinpoint the true gem of the day (as of the time of this writing, he’s still raging, too). But at the center of his quote-tweeted discourse this afternoon was “punk rock,” a musical genre which David Crosby seems to define broadly. Today, he clearly stated his assessment of this strata of popular music once and for all, even throwing The Velvet Underground and Talking Heads under the bus along with The Damned and The Ramones. 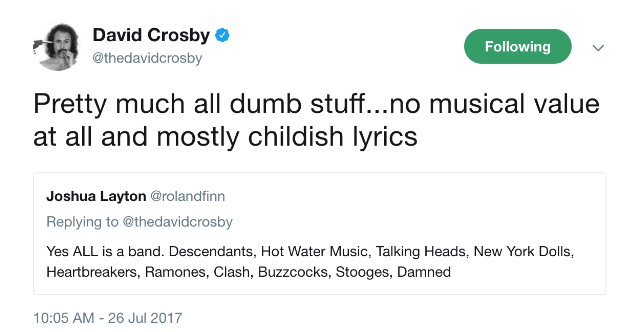 Clearly, scoring a spot in a Twitter commercial has gone to The Byrds co-founder’s head, but who’s complaining? Croz, unsparing, was even happy to denounce some pillars of ’80s pop music and new-wave:

Others, though, he’s cool with:

None of the above tweets, however, ranked anywhere near Crosby’s worst opinion of the day:

It’s days like this that make Croz a hero to some, a emblem of crochety patriarchal evil for others, and for others (like yours truly) simply the only Twitter account worth following. Never forget, too, that the author of “Cowboy Movie” has plenty of solid and good opinions as well: 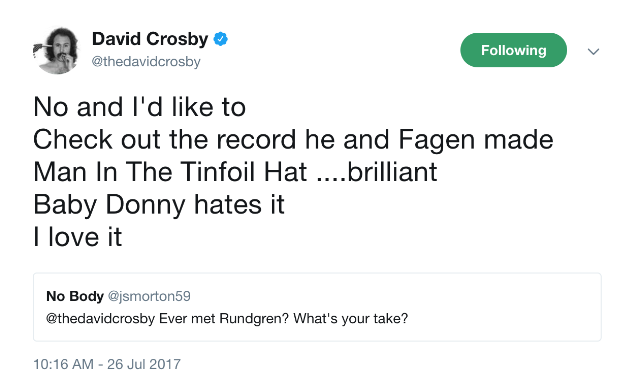 Gene Clark’s No Other Reissue and Documentary Announced