Big Bad Sports Boy Bryce Harper Ejected After Getting Too Hyped Off Listening to Logic, Chance the Rapper 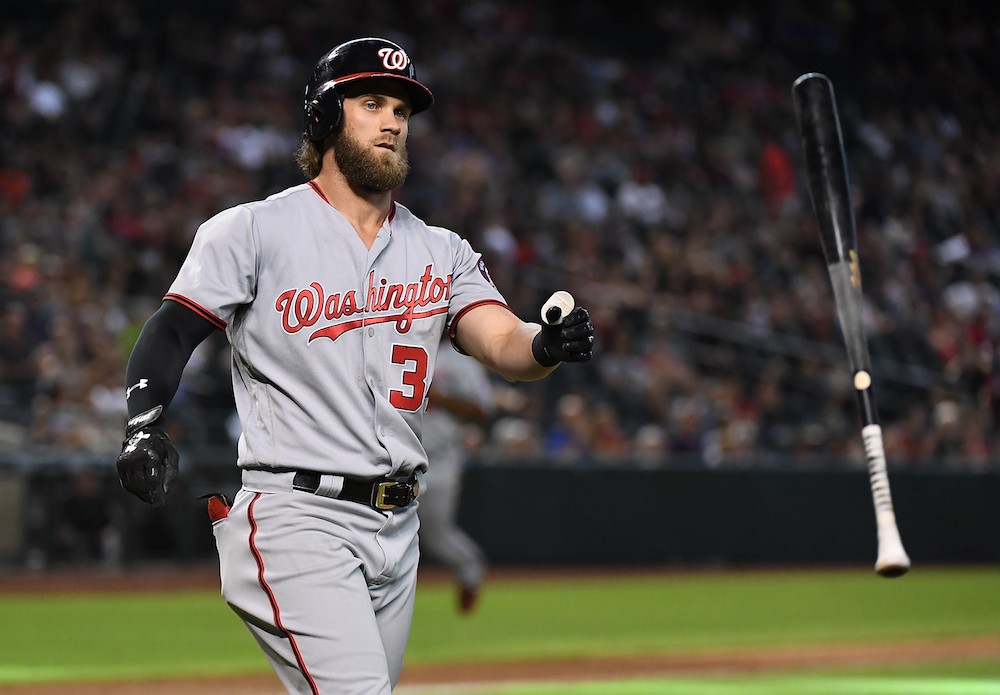 Washington Nationals outfielders Bryce Harper is one of the biggest, baddest baseball players in the world, as well as its most majestically coiffed. This year, Harper’s smacked 26 dingers to go with a 1.065 on-base + slugging percentage; for non-sports fans of spin.com, that means he’s mashing the dang ball. Last night, however, he was ejected from Washington’s game against the Milwaukee Brewers in the bottom of the eighth, after striking out in a crucial moment—with a chance to break the tie—and pitching a fit. Afterwards, Harper gave a simple reason for his emotions: He was too amped after listening to his pre-game playlist, which includes music by artists like Logic and Chance the Rapper.

”‘5AM’ really got me fired up, by Logic,” he said, as The Washington Post reports. “I called my brother and was like, ‘Man, I’m so fired up to play today.’ I guess it got me a little too fired up. I guess I need to mix in some Temptations and some of those jazz bands to calm me down a little bit.”

Here is the chorus to “5AM,” which might very well describe a baseball game:

No word on what Chance the Rapper song may have fired him up so.

The Nationals eventually won, 8-5. Listen to the Logic song below.