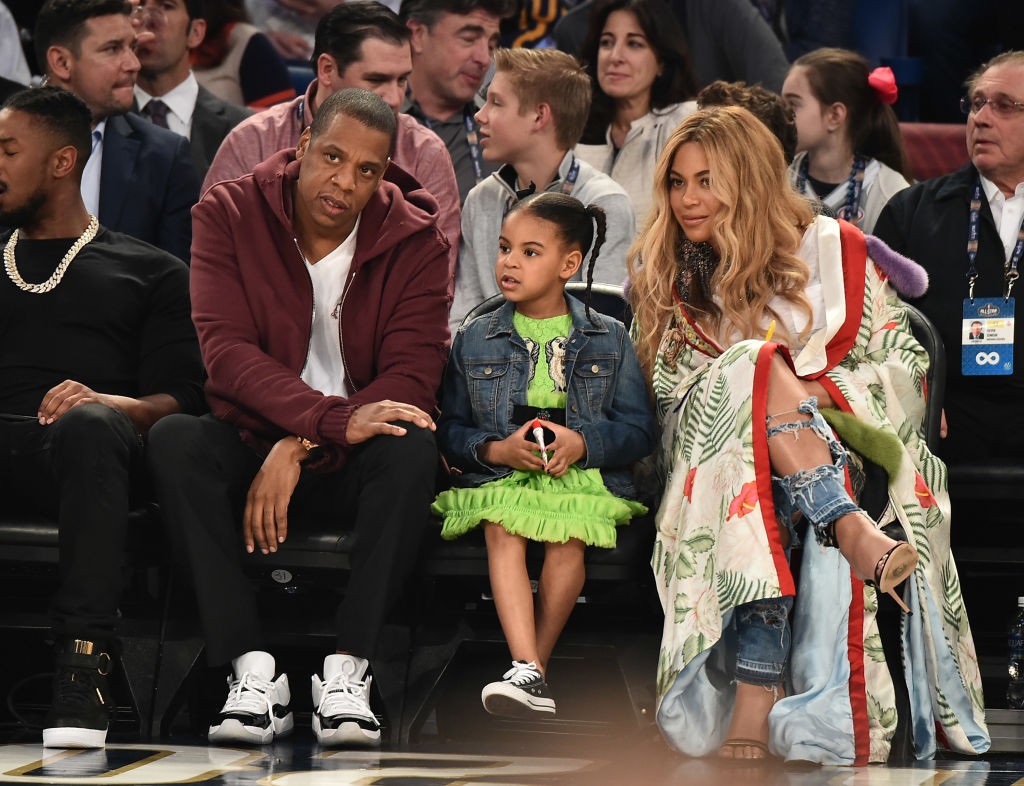 Blue Ivy Carter, age 5, appears to take after her parents. The physical release of dad JAY-Z’s new album 4:44 is out today, and it features a bonus track, “Blue’s Freestyle/We Family,” with a verse recorded by Blue Ivy herself.

Blue’s verse begins, “Everything, everything” and later she raps, “Never seen a ceiling in my whole life” and “Boom shakalaka, boom shakalaka.” For the most part it’s hard to make out what she’s saying, but Twitter was shook anyway:

ME: Blue Ivy rapping and it’s fire? Timeline always gassing something
BLUE IVY: Boom shakalaka. Everything in shaka everything in faka
ME: pic.twitter.com/wKlaVEyhmF

Me rapping along with Blue Ivy even though I don’t understand https://t.co/jj9TFzxNhD

Blue Ivy said “never seen a ceiling in my whole life”. Girl, they’re so rich the damn ceiling too high for my sis to see. I just…scalp me! pic.twitter.com/VoRDjG5Y4d

Me listening to Blue Ivy rapping and realizing I’m about to become an Ivy League stan pic.twitter.com/7Dy2gHDdzr