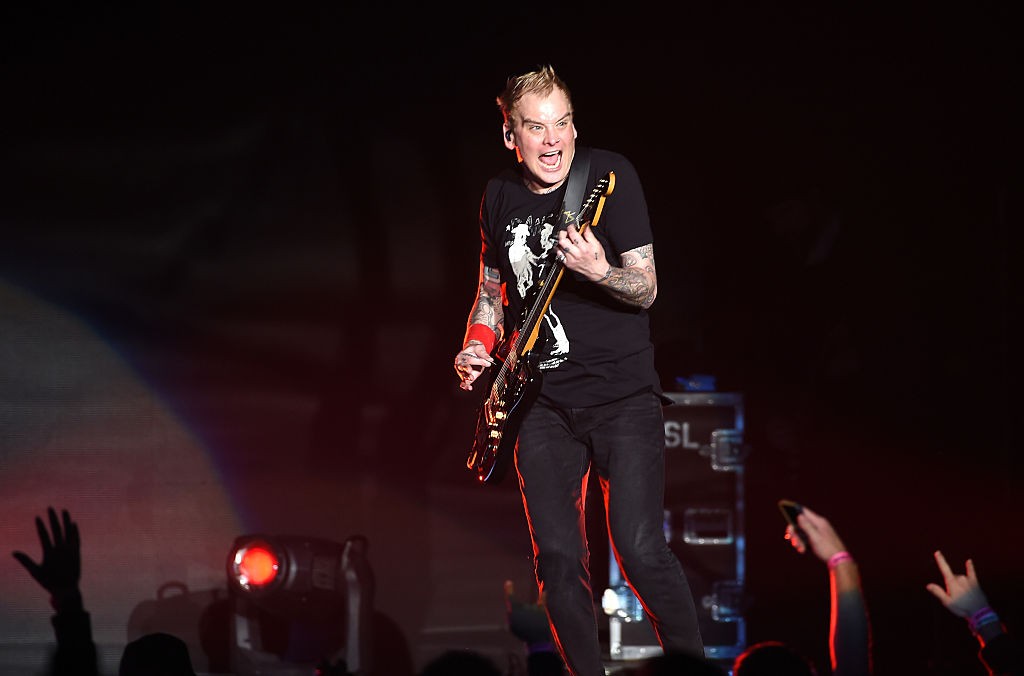 What is it about singing in Blink-182 that makes you start saying crazy shit in public? Alkaline Trio’s Matt Skiba, who took over for Tom DeLonge in 2015, just spoke to NME about Blink’s decision to preemptively pull out of the disastrous Fyre Festival earlier this year. Previously, Skiba had explained that the band bailed because Fyre appeared unable to meet their production needs—and no wonder, since they couldn’t even manage grilled cheese.

Today, though, Skiba is on a totally different trip: He’s prepared to take credit for shutting down Fyre Fest himself, because he’s a witch. “I had a bad feeling about that event,” he said. “I consider myself a pagan and a witch. With every inch of my energy I wanted Fyre not to happen. I put all the electricity and energy in my body against that thing happening.” Must’ve worked!

Then, alongside the assertion of witchcraft, Skiba offered a very cutting and correct assessment of the inequality present in many luxe tropical vacation destinations, including the one where Fyre Fest was slated to take place:

I’ve been to the Bahamas before and it’s so crass. You land in Nassau and the whole island is replete with beauty and culture, but there’s a lot of poverty. It is a largely black population then they build these places like Atlantis and The Cove that are walled off.

It’s classist and racist and then they decided to park a bunch of yachts with models to show off in front of those poor people, going down there with all your Ferraris and bullshit and yachts.

Easy to forget, yet true: As advertised, Fyre Festival was already crude self-parody by the young, rich, and idle. Ineptitude and fraudulence just made it more newsworthy.

“We pulled out for technical and logistical issues and the rest of it crumbled to shit because that’s what it was,” Skiba continued. “It was bullshit. I used my witchy ways and it seemed to work. I’ll take responsibility and everyone can blame me.” Easy to say when you’re a witch, and not facing a wire fraud charge.