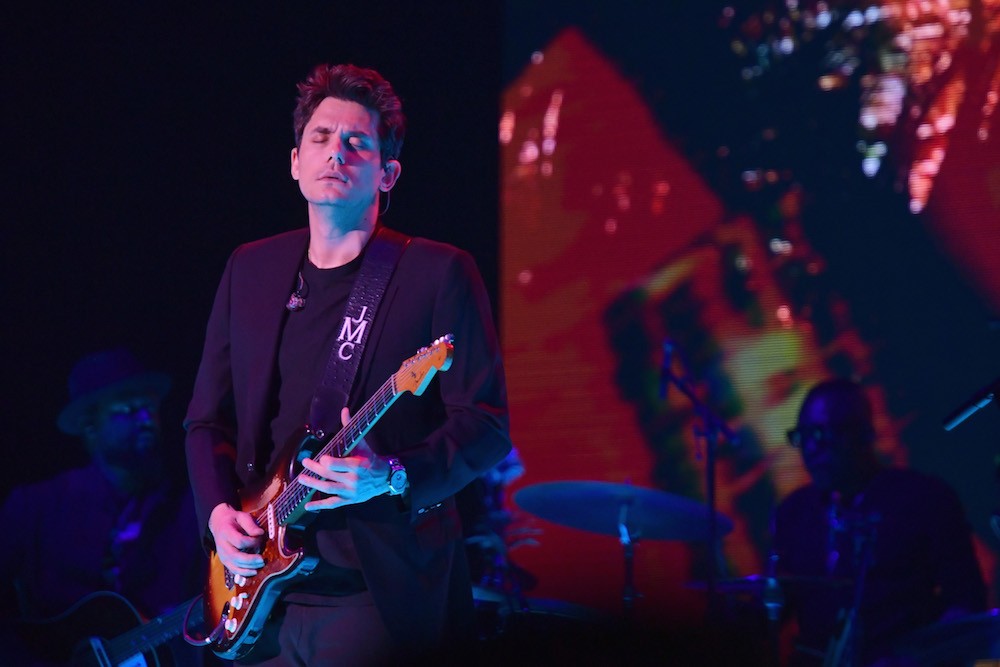 John Mayer played a low-key, invite only show to a small crowd in Los Angeles this week, Page Six reports. The stars were out that night see the world’s undisputed king of guitar face and Jerry Garcia cosplay do his thing: Whiplash star Miles Teller “was right in the front row, singing aloud to all the songs;” G-Eazy was lurking somewhere near the back. But we’re more interested in what was going on with Big Sean and Jhené Aiko:

The gig was filmed for Facebook, but fans’ phones were confiscated. Big Sean was busy “dirty dancing” with Jhené Aiko.

I choose to believe Big Sean and Jhené Aiko were dirty dancing to “Love on the Weekend,” and that Sean’s moves combined with John’s grooves created a perfect storm of horniness and corniness that threatened to sweep up the entire club. It’s also very funny to imagine them grinding to something like “Waiting on the World to Change.” What song do you think Big Sean and Jhené Aiko were dancing to?