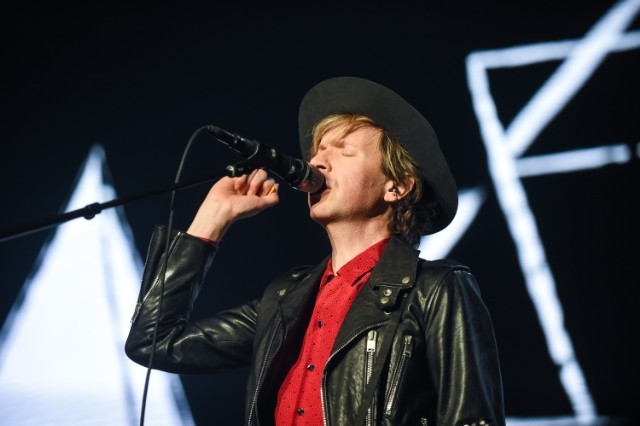 Preservation Hall Jazz Band opened for Beck at Colorado’s Red Rocks Amphitheatre, and they joined him onstage for the encore to add horns to an extended jam of hits including “Sexx Laws” and “Where It’s At.” They also performed a brief rendition of “Happy Birthday” for Pres Hall’s Charlie Gabriel, who just turned 85. Watch below.

There’s still no word on Beck’s endlessly delayed new album, but in a recent interview with The Denver Post’s The Know, Beck reveals that an Aphex Twin-inspired LP from the ’90s will come out eventually. “There are records I’ve made that I haven’t put out,” he says. “I did a record in the ’90s — very electronic, influenced by Aphex Twin and Kraftwerk and other weird kinds of electronic stuff I was finding in Japan at the time. Some version of that, something in that vein, will come out at some point.”