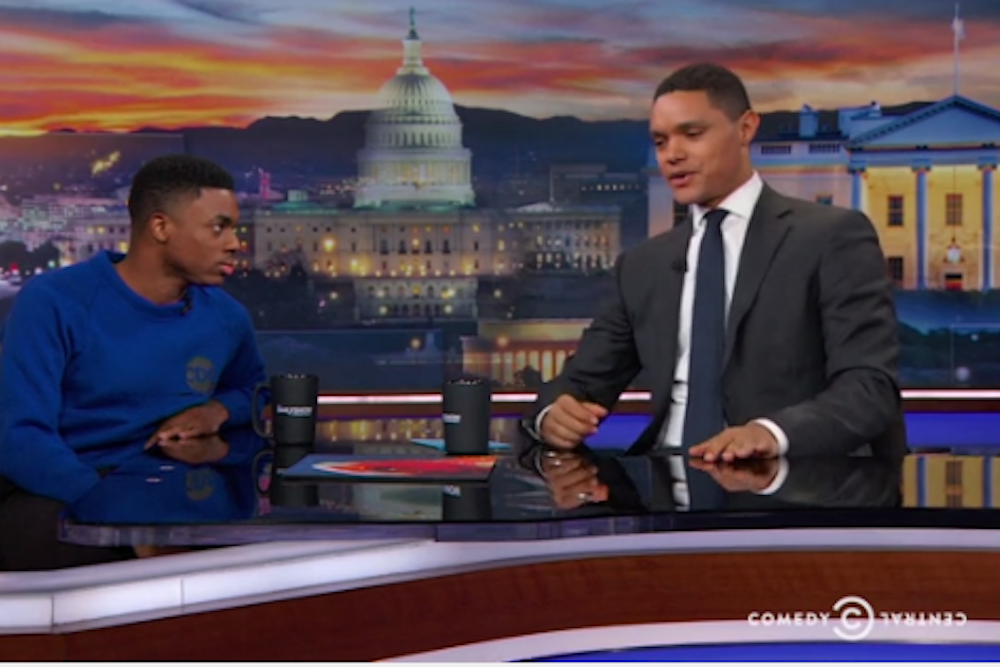 After his Reddit AMA earlier this week, Vince Staples swung by The Daily Show where he was a bit more talkative. Of course, he came to promote his upcoming album Big Fish Theory, and when he wouldn’t quite explain what the Big Fish Theory is (“It’s whatever it means to them”), the conversation turned to the actual beta fishes he gave out at Monday’s listening party in New York. (This writer is a proud owner of one of those fishes).