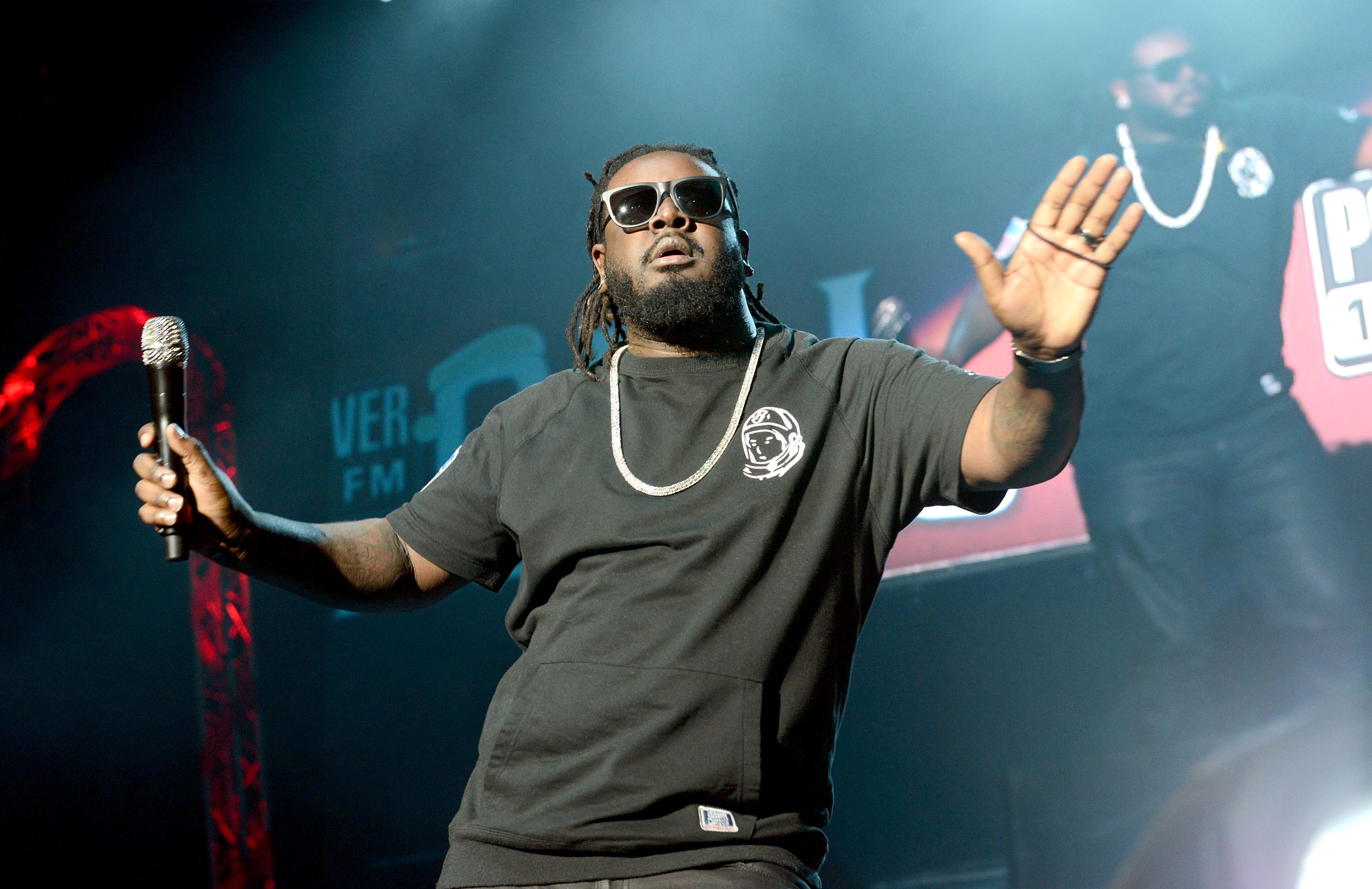 Last month, the once-dominant Auto-Tune hook goblin T-Pain finally unearthed T-Wayne, the long-promised collaborative mixtape that he and Lil Wayne recorded in 2009. And now he’s back, teaming up with Brooklyn head-knocker Young M.A for “F.B.G.M.,” which is basically a love song dedicated to a girl who likes to have threesomes. In the deeply goofy video, which T-Pain co-directed with G Visuals, T-Pain wears an impressive array of ridiculous hats. Watch it below.