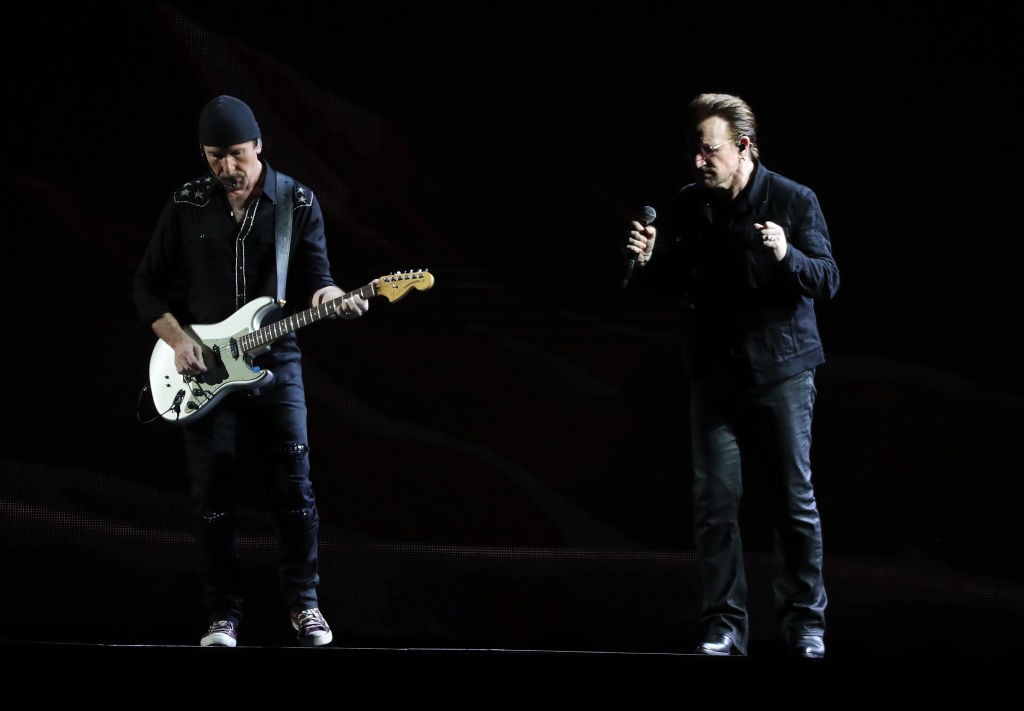 U2 paid tribute to the late Leonard Cohen last night while performing a gig in his home country on their Joshua Tree 30th anniversary tour. The Toronto show featured the band covering Cohen’s second most famous song, “Suzanne,” as a part of a medley with The Unforgettable Fire’s “Bad.” Before the medley, as Billboard and NME report, Bono told the crowd that being in Toronto made him think of Cohen.

“Tonight we hold onto some things, as you let go of some others,” the singer declared. “I’m not quite sure how to let it go, but I know tonight I’m holding onto the music of Leonard Cohen, thinking about it today. It’s been on my mind. He’s an addiction I’m not ready to give up, so I’m going to sing this one to Leonard Cohen.”

Before launching into a loose take “Suzanne,” into which the band interpolated a hint of “Hallelujah,” Bono continued: “Think of Leonard. He called us friends. Really, we were just fans. That was okay by me. For Leonard Cohen.” He then encouraged audience members to raise their phone lights and become “stars coming out for Leonard.”

At another point in the night, during the band’s run-through of The Joshua Tree, Bono recalled attending Cohen’s 79th birthday party. “I asked him, ‘Leonard, what do you want to do on your 80th? Have you made any plans?’ And he said, ‘Yeah, I want to smoke a cigarette.’ He’d given up cigarettes for 27 years.’ [Cohen said] ‘It’s a handmade…I’m just going to have one.’ We could all be so lucky to live a life like that.”

U2 collaborated with Cohen on a performance of “Tower of Song” from the 2005 documentary and performance film I’m Your Man. You can watch some fan footage of the band’s live tributes below.