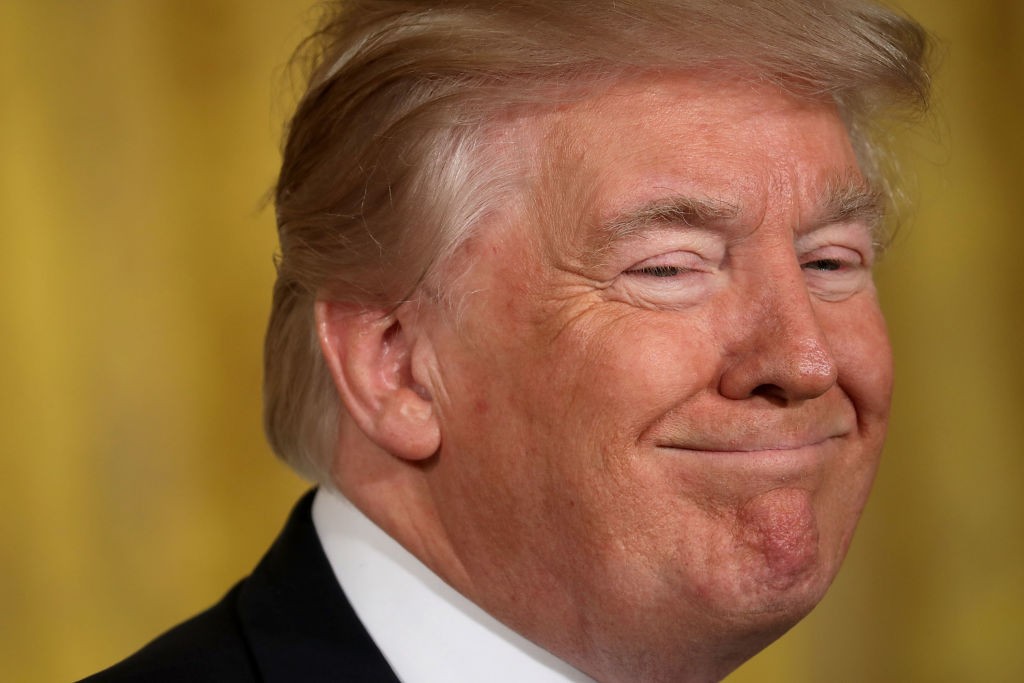 Until very recently, President of the United States Donald Trump had a flattering Time magazine cover featuring himself on display in several of his golf clubs. As the Washington Post reported yesterday, that Time cover is fake news—a mockup intended to make Trump look important and successful. It’s not even a particularly good mockup: The red border around the edge is too thin, the headlines are in the wrong place, and the Time logo is printed right over Trump’s forehead, instead of peeking out behind the crest of his hair. Also, that week’s real Time cover star was Kate Winslet.

But at first glance, Trump’s fake magazine cover looks real, in part because it has a bar code number: 125002741350. A search for that number on UPC databases like Scandit, Barcode Spider, and UPC Database turn up nothing. But as one reader alerted the Post’s David Fahrenthold, there’s at least one hit for the Trump Time UPC, and it’s a piece of software for karaoke DJs.

Amazing: Appears that the barcode on @realDonaldTrump’s phony Time cover is actually barcode for software that lets you be a karaoke DJ. https://t.co/xEeLq6soaZ

UPC 125002741350 has turned up on a handful of other products too, or at least their online listings. There’s a bootleg Kraftwerk live LP ($19 on Discogs), a forgotten music CD (four copies allegedly available on Amazon), and a tub of Jamaican brand coconut cookies. Where did the person who created Trump’s fake Time cover come across the number 125002741350, assuming they weren’t looking at a rare, unofficial Kraftwerk pressing? Well, the bar code was provided gratis in a Photoshop tutorial blog post from 2010:

This 2010 Photoshop tutorial, showing how to fake a Time cover, includes a sample barcode. Same code on Trump’s fake https://t.co/dlEaNoQU1q

For its part, Time has chimed in with a helpful, nonpartisan guide to “How To Spot a Fake TIME Cover.” Touché, Time.