St. Vincent’s “New York” Is a Disarmingly Straightforward Ode to Lost Love in the City 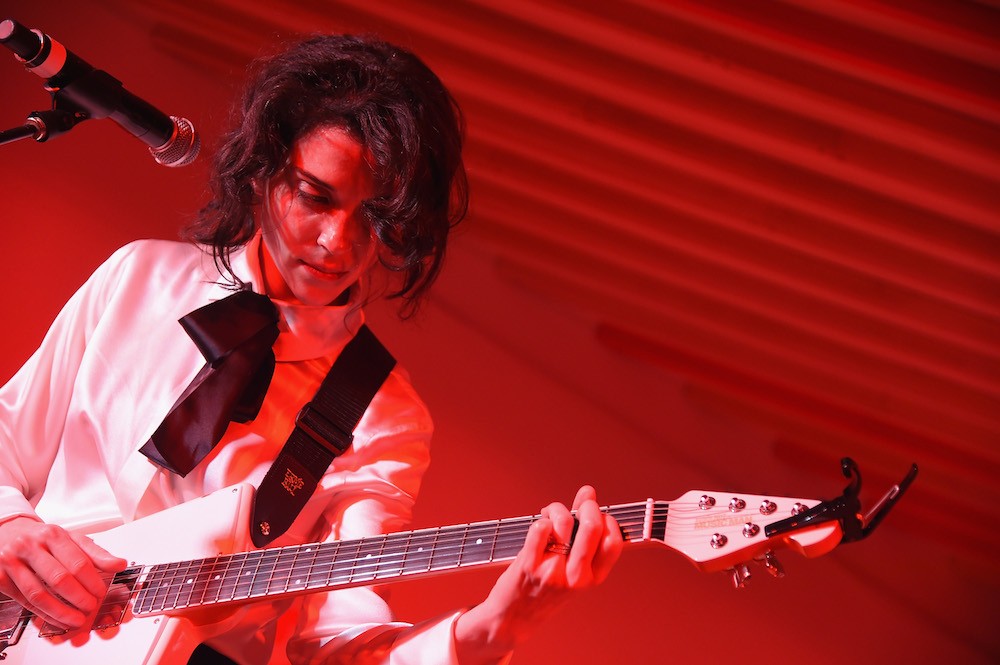 “New York,” the new single from St. Vincent, opens not with her fiery guitar playing, nor the squelching industrial soundscapes of her great self-titled album from 2014. It’s just her voice, and some simple lilting piano chords—that’s about it. In the history of pop music, that’s the sound of sincerity, sentimentality, or both. And sure enough, “New York” is a heart-on-sleeve ode to a bygone relationship and the city that fostered it. “New York isn’t New York without you, love,” she sings. “Too few of our old crew left on Astor.”

Part of the fun of following St. Vincent’s career so far has been the development of her formidable persona, as most fully captured on St. Vincent: gnashing her teeth and demanding “all of your mind” on second single “Digital Witness,” staring out icily from a white throne on the album cover. “New York” presents a striking change: mostly unadorned, it finds her singing without apparent irony about personal loss. The song could also be read as a eulogy for a certain portion of the soul of New York City itself; she sings mostly about locales in the East Village, painting them with a wild romantic streak that exists mostly in the memory of the city’s denizens. Maybe the old crew left Astor Place when gleaming glass luxury towers like this one started popping up ten years ago.

Musically, “New York” is also far more straightforward than we’ve come to expect from Annie Clark. When tumbling drum machines and sweeping strings eventually break the solitude of its arrangement, they function only to support her aching lead vocal, rather than twist or undermine it like they might on earlier releases. The recent song it most recalls is “Liability,” the similarly pained piano ballad from Lorde’s Melodrama. That’s no wonder, as the two share a co-producer in Jack Antonoff, according to production notes for “New York” published on Tidal. (Antonoff had previously hinted that he was working on music with Clark in a New York Times profile.) In the past, the former fun. instrumentalist has had a tendency to homogenize his collaborators, imbuing all of his songs with the same wistful John Hughes grandeur. But Melodrama proved he’s capable of accentuating the talents of an artist and otherwise getting out of the way.

It would be real shame for a talent as wild and idiosyncratic as Clark’s to lose its edges in the pop production and songwriting wringer. “New York” is surprisingly benign compared to her recent output, except for one moment, when she spits out a “motherfucker” worthy of Nick Cave in an otherwise lovely chorus. It’s enough to reassure you that St. Vincent still has some acid in her.