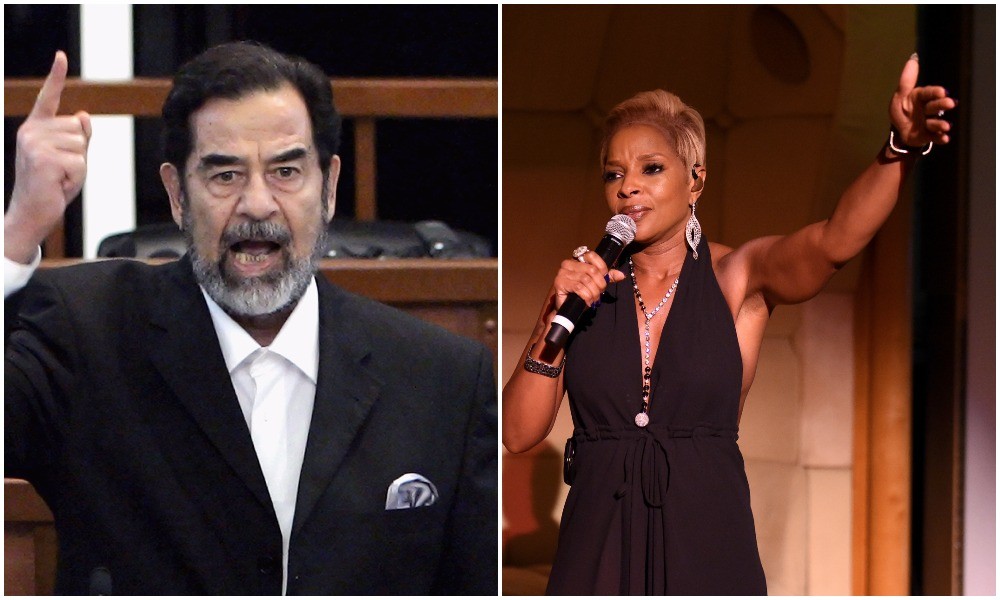 In his new book The Prisoner in His Palace: Saddam Hussein, His American Guards, and What History Leaves Unsaid, Will Bardenwerper shares all sorts of interesting tidbits about Saddam Hussein’s final days, including his fondness for muffins and his nickname for his prison exercise bike (“Pony”). But most interesting of all, perhaps, is the fact that the late Iraqi dictator was apparently a huge Mary J. Blige fan.

“He’d always stop tuning [the radio] if he stumbled across a Mary J. Blige song,” one of the 12 members of the 551st Military Police Company enlisted to guard Hussein told Badenwerper, according to the New York Post.

The guards also noted Hussein’s love of sweets — “[H]e could yield to the siren call of a sugary muffin the way anyone else might,” Badenwerper wrote—and his distinct laugh, which was compared by one guard to “that Dracula dude from ‘Sesame Street.’”