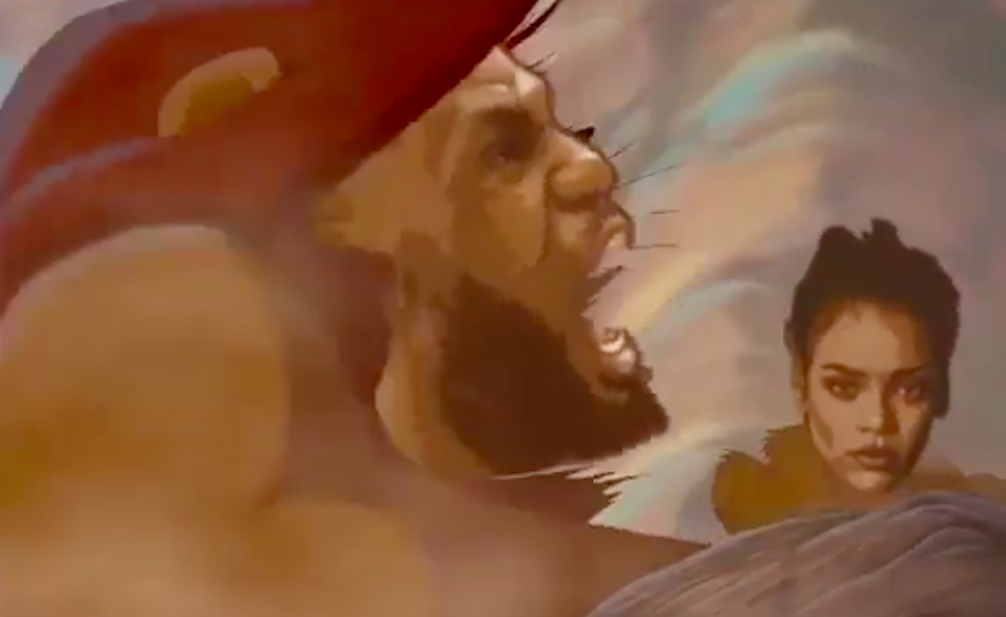 This year’s NBA Finals were a showcase for some of the best athletes America has to offer playing basketball at an absurdly high level. Also, Rihanna. You may remember the singer making news for openly heckling Kevin Durant and the now-champion Warriors from her courtside seat during the first game of the series. She wasn’t shy about making her allegiance to the Cavs—and specifically LeBron James—clear.

So it wasn’t a surprise that she posted some words of encouragement for LeBron after the Warriors final victory last night, but I can’t imagine anybody expected those words to take the form of an elaborate recreation of a famous scene from the Lion King, with James playing Simba, who rescues his partner Nala—played by Rihanna!— before being tossed off a cliff by the evil Scar, played by Durant.

Simba, of course, would eventually triumph over Scar, so, uh, enjoy your summer, Kevin.