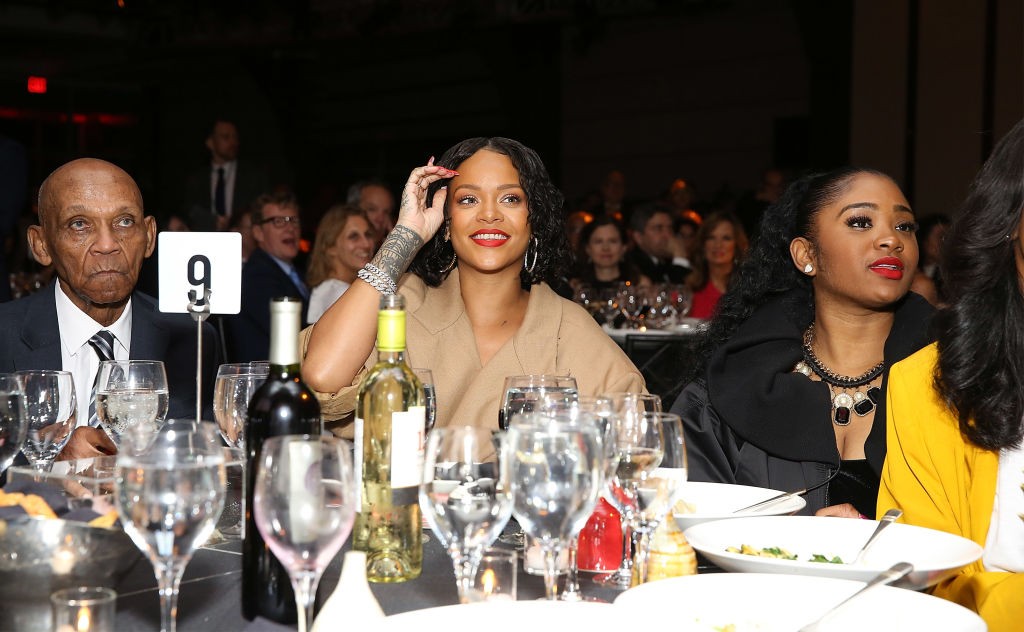 Earlier this year, Rihanna accepted Harvard University’s Humanitarian of the Year Award in recognition of the Clara Lionel Foundation (which is named for her grandparents) and other charity work, including providing U.S. college scholarships to Caribbean students and building a breast cancer treatment center in Barbados.

Past editions of the Diamond Ball have featured host Jimmy Kimmel with a performance by Rihanna (2014) and host Kevin Hart with a performance by Lionel Richie (2015). The gala took a year off in 2016, but it returns September 14 at the luxe Cipriani Wall Street venue in New York City. [Rolling Stone]