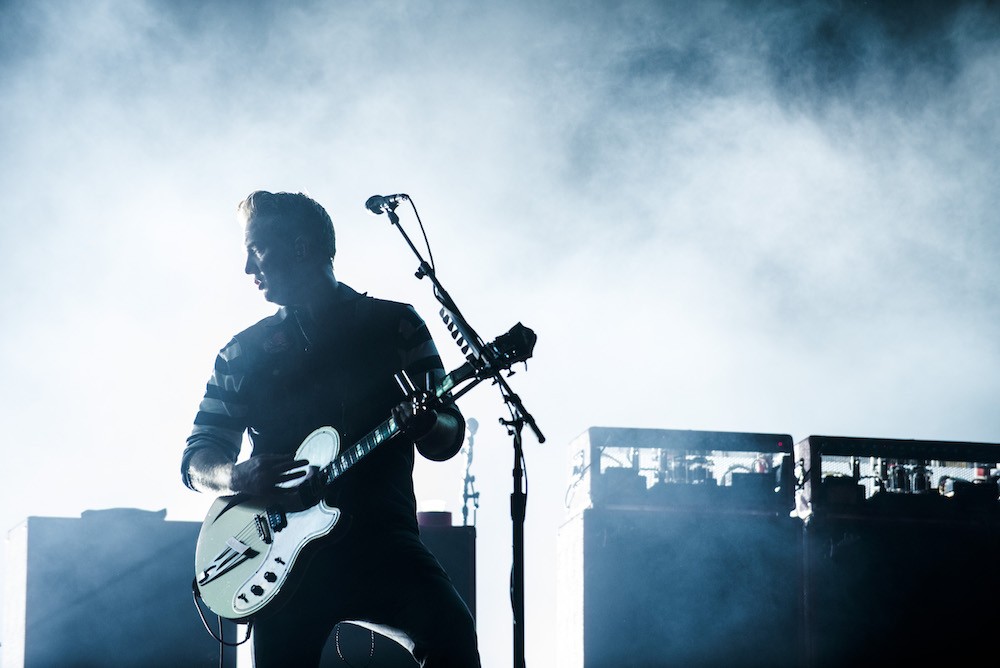 Queens of the Stone Age are not likely to be attracting many new fans in 2017. Their pompous, populist, sly, and proudly sleazy brand of rock’n’roll was anachronistic when they first broke through to the radio a decade and a half ago, and the landscape has not gotten any friendlier to whiskey-swilling dudes in leather jackets and fuzzbomb guitars since then. If you’re not aboard the bandwagon by now, Josh Homme and his band aren’t interested in convincing you on their new song “The Way You Used to Do,” which is just fine. Unfashionable as it may seem, there are still plenty of people interested in shit-kicking rock songs that sound as good in an arena as they do on a bar jukebox, and Queens of the Stone Age haven’t lost their ability to scratch that particular itch.

Homme’s songwriting generally exists in a narrow space between two poles. There’s unearthly heavy and unrepentantly goofy bands like Zeppelin and Sabbath on one side, hip-shaking cool-guy rockers like the Stones and ZZ Top on the other. Part of his band’s charm comes from a refusal to ever fully commit to either: there’s always a little gothic drama in the strip club cuts, a little grease and sweat in the six-minute riff monsters. “The Way You Used to Do,” like many of their singles, cuts hard toward the latter end of the spectrum. “When I first met her, she was 17,” Homme sings in the first line, and those eight words are probably enough to conjure the era we’re working in here: a bluesy little two-note vamp, a minimal and hard-swinging drum beat, Homme doing his Elvis-via-Danzig thing on top.

The band’s one concession to prevailing tastes is the hiring of Mark Ronson, who produced “The Way You Used to Do” and will also helm Villains, the band’s forthcoming seventh album. Though they come from different worlds, the “Uptown Funk” hitmaker shares the band’s fetish for the sexy sounds of the ’70s. His subtle influence can be heard on the soul-45 handclaps and compressed-half-to-death guitars of “The Way You Used to Do,” giving it a crisp punchiness that the band’s early albums sometimes lacked.

“The Way You Used to Do” is nothing we haven’t heard from Queens before, nor is it the best single they’ve written in this straightforwardly tight-and-groovy vein. (That would probably be “Little Sister.”) But if you’ve been eagerly awaiting their return since 2013’s quite-good sorta-comeback album Like Clockwork, it’ll do the trick. The title feels like a wink: Queens of the Stone Age are doing it the way they used to, yes, but they’ve pretty much been doing it this way all along.