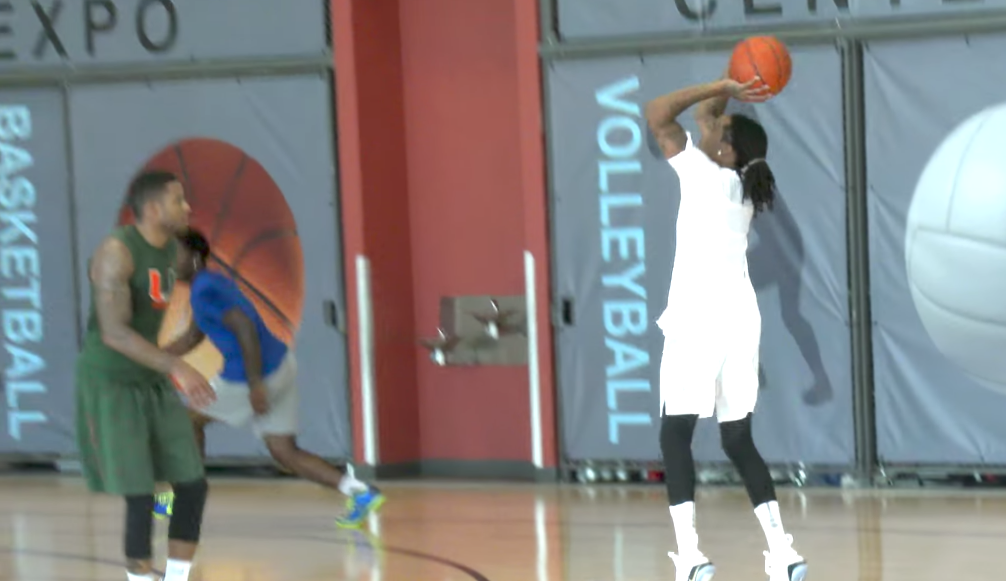 It’s no secret that Quavo of Migos is an athlete. He was an accomplished quarterback at Berkmar High outside of Atlanta, and new footage shows that he is a very smooth and effective pick up basketball player, too.

The video above comes from a recent game in Los Angeles, which featured Quavo, Shaquille O’Neal’s son Shareef (a highly-touted prospect himself), and others including two-time all-ACC guard Jack McClinton (in the green shirt and shorts). Obviously, nobody here is really playing too much defense, but Quavo’s skills are nonetheless evident. He has a fluid lefty jump shot and shows advanced point guard skills in the pick and roll, finding his teammates on fast breaks and cutting to the basket in the halfcourt. He even shows off stop-and-start hesitation moves to carve out open space for himself off the dribble.

As a tall, lanky point guard who can create offense for both himself and others, Quavo is exactly the sort of point guard NBA teams covet—if, you know, the whole “getting paid to appear on every song in the world” thing doesn’t work out.