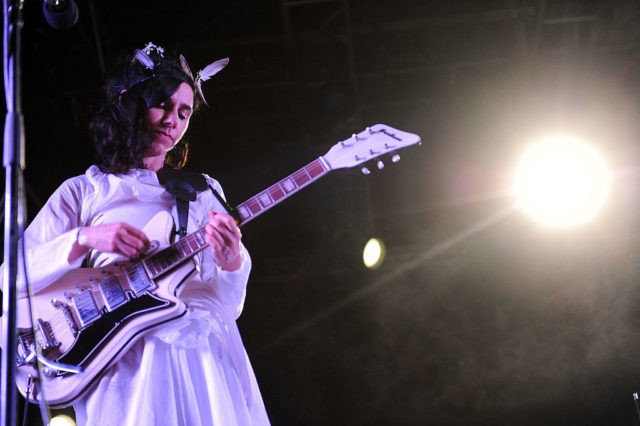 PJ Harvey has released a new song called “The Camp.” The track, which is a collaboration with Egyptian artist Ramy Essam, comes with a video that’s interspersed with pictures taken by photojournalist Giles Duley of displaced Syrian children in Lebanon.

“It is hard to comprehend the scale of the crisis in Lebanon, a country of 4 million now hosting over 1 million Syrian refugees,” Duley said in a press release. “The infrastructure of the country is pushed to its limit, and nowhere is that situation more desperate than in the Bekaa Valley. However, there are some amazing organisations doing incredible, effective, and selfless work on the ground there, and of all the NGOs I have documented, none have impressed me more than Beyond. To visit their schools and witness their programs is to see hope – and that is something we have to support.”

Profits from the song will be donated to the Beyond Association in Lebanon’s Bekaa Valley, a national Lebanese non-Governmental Organisation.