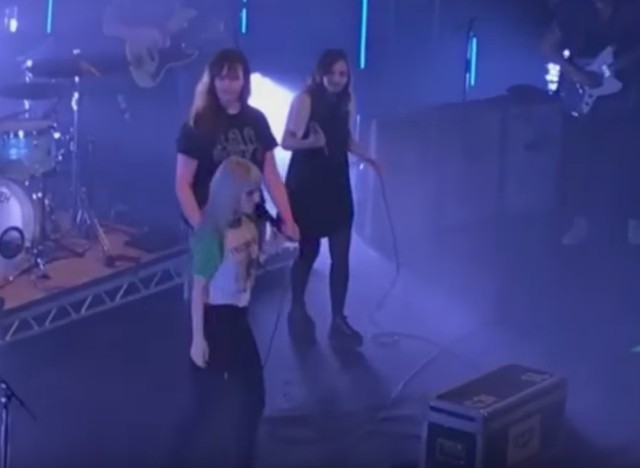 The mutual admiration society between Paramore’s Hayley Williams and Chvrches’ Lauren Mayberry is one of those stories that never gets old. Over the years, Williams and Mayberry have sung together at Chrvrches and Paramore shows, and Williams has added vocals to Chvrches’ “Bury It” remix. Over the weekend, Paramore played a show in Edinburgh, in Chvrches’ homeland of Scotland. As always, the band pulled a fan from the crowd to help them sing the 2007 emo classic “Misery Business.” This time, it was a fan named Eleanor, and as a special extra surprise, Mayberry came out to join the two of them. The whole thing made for a real feelgood moment, and you can watch a fan-made video below.

Paramore’s new album After Laugher is out now on Fueled By Ramen.