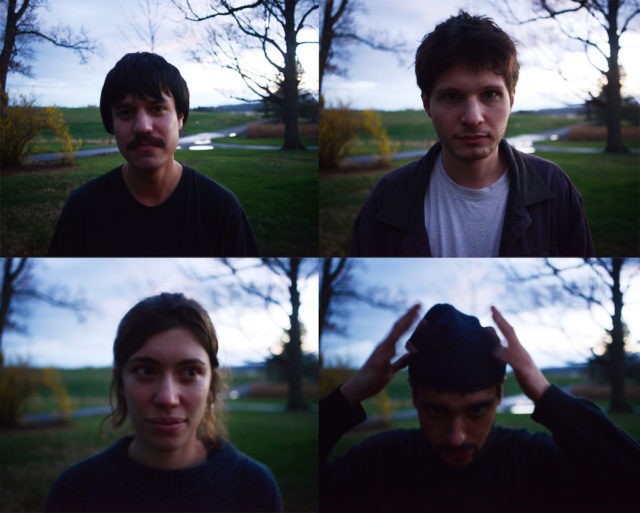 Trading Basics, the 2015 debut album by the Philly quartet Palm, was the kind of record that inspired reverence in the relatively small number of people who heard it (many of them musicians themselves, in my experience). The band’s style is singular, employing the origami rhythms of math rock within compositions that are much more rigorous and economical than most music that gets tagged with that genre. On top of this carefully arranged bedlam, they layer sweet droning duet vocals that bring to mind early Animal Collective.

On their new EP Shadow Expert, their first release for Carpark Records, Palm hone into the idiosyncrasies of their sound. Following the release of “Walkie Talkie” and the title track, they’re streaming the whole thing on Soundcloud today, three days ahead of its formal release on Friday. Hear it below.