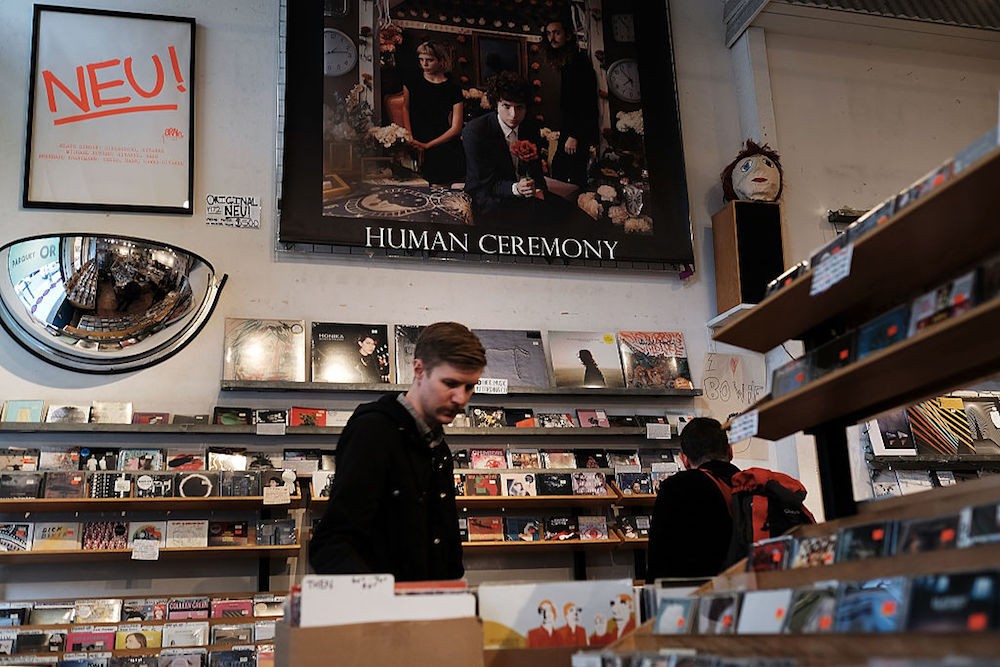 The popular East Village record store Other Music closed its doors in June 2016 after more than 20 years serving as one of New York’s music meccas. The shop was known for the obscurity of the genres it sold and the many bands it helped to reach a wider audience. Now, a documentary about Other Music might see the light of day. A Kickstarter campaign has been launched by its directors to fully fund the film, with rewards like signed Vampire Weekend posters and handwritten artist bin dividers.

In a trailer for the planned film, members of bands who had close ties to the store, such as Ezra Koenig of Vampire Weekend, Daniel Kessler of Interpol, Dave Portner of Animal Collective, and others make appearances to talk about the store’s impact on their careers. There are bits with the founders, Josh Madell, Chris Vanderloo, and Jeff Gibson, and if you look closely, you’ll see snippets of a vintage Aziz Ansari sketch.

Watch the trailer for the Other Music documentary below.