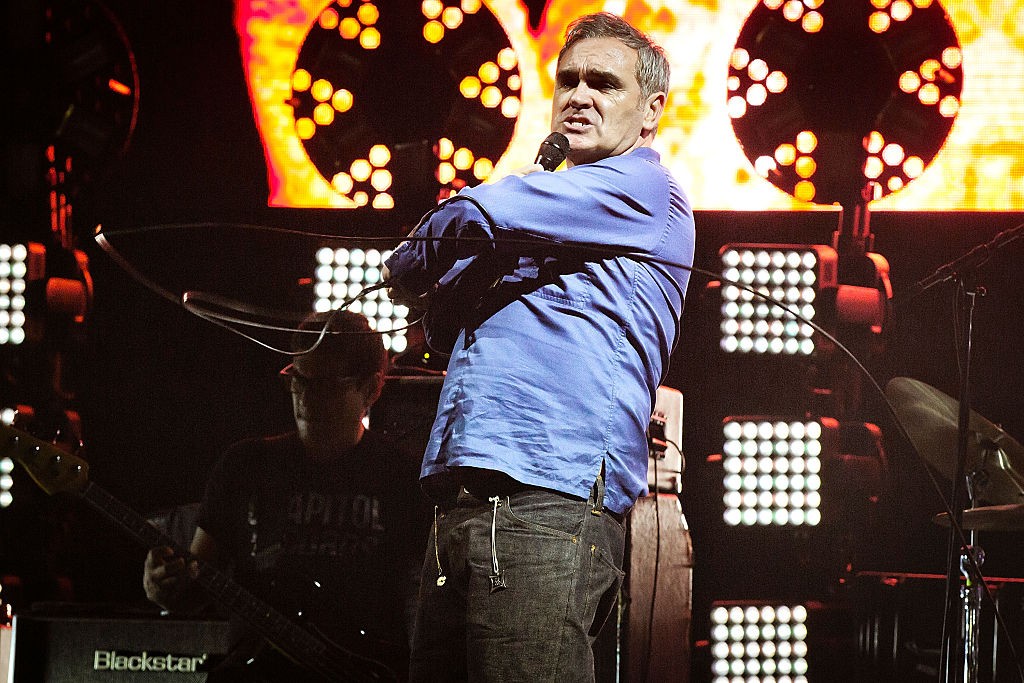 Last week saw the release of two new vinyl singles from The Smiths. The cuts are two versions of “The Queen Is Dead,” on 7” and 12” respectively. Already, Morrissey has dredged up some drama over the release, by accusing media retailer HMV of trying to freeze sales of the discs. The accusation comes from stickers affixed to the front of the records that limit the purchase to one per customer.

In a Facebook post, Morrissey went off, saying The Smiths didn’t ask for the stickers, that “in our consumer culture” the records were “oddly racked” at HMV, and that the labels resembled warning labels on packs of cigarettes. He went on to ponder that, 30 years since the death of the band, The Smiths are still in the U.K. top ten, taking the whole thing rather personally. Moz then encouraged fans to don disguises and hit back at HMV:

If you are in possession of seven variable wigs, a box containing false noses, multiple-sized plastic clip-on ears, a nurse outfit, a set of stilts, a Superman cape, and a variety of oddly shaped spectacles, then we urge you to use them now and buy as many copies ?of The Queen is Dead ?a?t HMV as? you ?desire.?

Earlier this year, The Smiths released a 7″ with the phrase “Trump Will Kill America” etched into the run-out groove.

"TRUMP WILL KILL AMERICA"
Always trust The Smiths to get political for #RSD17 pic.twitter.com/huLLuyfgaI