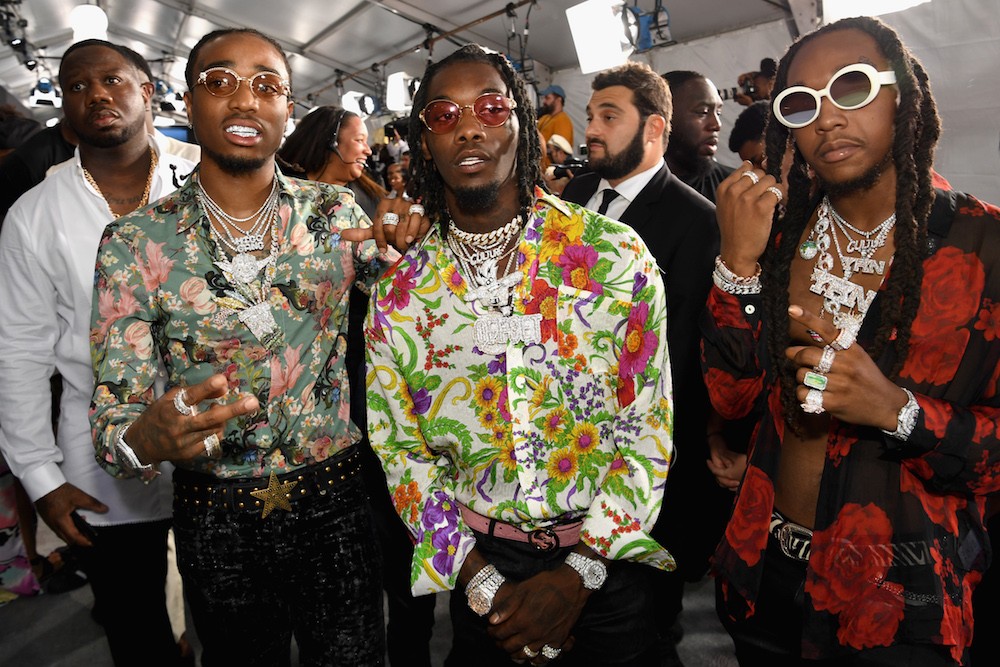 Up until just after midnight, one of the main stories of the BET Awards were Migos’ frequent presence on stage. Quavo gave Matisyahu-lite some shine, the trio ran through “T-Shirt” and “Bad and Boujee,” and Quavo again popped up by the show’s end to perform DJ Khaled’s “I’m the One.” But it turned out the real story is how Migos were ready to throw hands: Fans woke up to news that the group nearly engaged in fisticuffs with Chris Brown and Joe Budden in separate incidents.

The Brown altercation happened during the show’s afterparty. TMZ reports that after the singer premiered his latest video, Migos and Brown’s crew got face-to-face with each other. Witnesses say that Quavo got pushed, prompting someone else from Migos to jump in to intervene, and someone from the trio ended up getting punched. Brown reportedly walked away unscathed, and footage circulated of Migos looking pissed as they were led away from the punch-up.

Here’s the vid I took of migos after the fight pic.twitter.com/lpureTpBSF

While that was the more intense altercation, Migos’ fight night actually kicked off during the pre-show on Complex’s Everyday Struggle. In the below clip, co-host DJ Akademiks is seen trying to ask Takeoff why he was left off their biggest hit “Bad and Boujee.” The host then prompted Takeoff to repeat himself multiple times after denying he was “left off” of the song (Akademiks claimed he couldn’t hear him because of the loud background; although Takeoff generally speaks in a mumble, he’s easy to understand in the clip). Joe Budden—known for his aggressive stance against teenage joy—suddenly cuts the interview short and walks off, angering the trio. Quavo stands up—arms crossed—and, like an ’80s action scene, the other two follow suit, ready to pounce. Cooler heads intervene and the segment ends.

can’t hear anything during the interview, then this pops off. never a dull moment with these two pic.twitter.com/1wlP72wHLD

Migos weren’t the only once getting in the skirmishes during BET Awards weekend. A$AP Rocky was reportedly jumped when he was at his most vulnerable: After singing “Happy Birthday” to Kendrick Lamar. We were supposed to be talking about the New Edition tribute and basking in Chance the Rapper’s positivity—but alas. If only rappers would take Vince Staples’ advice.