Why Was a Real Life Rapper Cast as Tupac’s Shooter in All Eyez on Me? 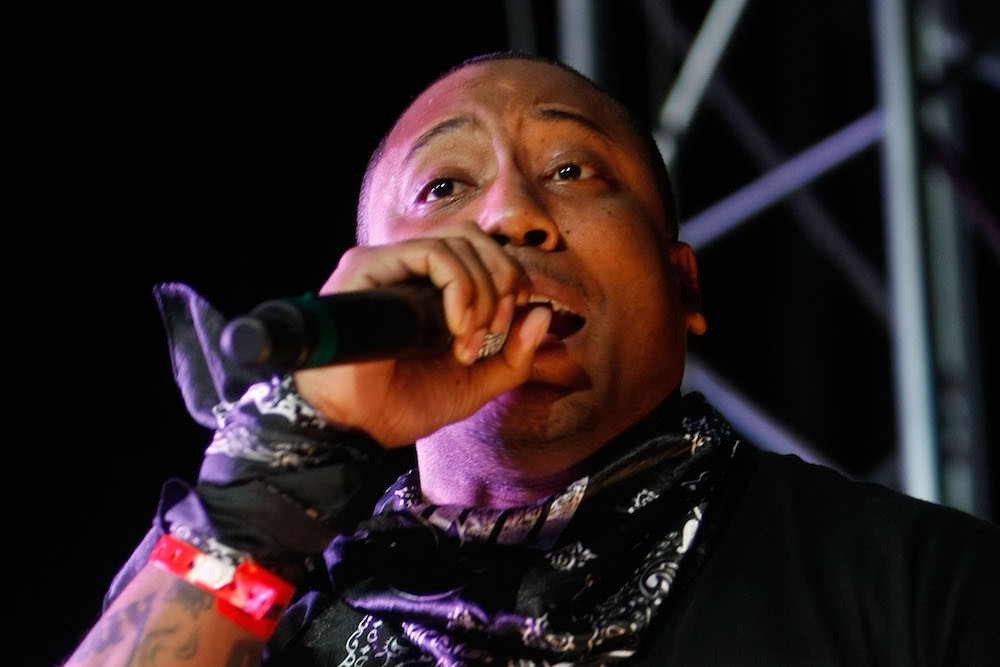 The new Tupac biopic All Eyez on Me is so messy that at times it feels like the filmmakers took measures to sabotage their own production. Danai Gurira’s Afeni Shakur, for instance, is only notable for how many woke platitudes she manages to spew (“Your body is in prison, not your mind!”). The Biggie movie Notorious was also not great, yet the actor who played the Notorious B.I.G. was at least good enough to reprise his role in All Eyez On Me. Here, you spend the first half of the movie trying to reconcile the film’s prideful mediocrity, and then Maino pops up. You may remember him from 2008, when he briefly blew up with the single “Hi Hater.” In 2017, he shoots Tupac Shakur.

Specifically, Maino is part of the group of assailants involved in the movie’s depiction of the infamous robbery and shooting of Tupac at Quad Studios in 1994, the incident which turned him against his then-friend Biggie. Both the context and the tension of the scene evaporate once you recognize the real rapper shooting the fake Tupac. At my screening in downtown Brooklyn, one attendee cried out in disbelief: “Wait. Is that… Maino?”

When the shooting inevitably happens, we’re then transported into Tupac’s point of view. He’s staring up at Maino, who looks genuinely confused as to why he’s here shooting Tupac. The only way the scene would be more absurd is if Maino yelled out “hi hater” before each shot.

One must wonder if the producers of the film really had so little faith in Maino’s current relevance that they thought no one would pick him out as Tupac’s shooter. But All Eyez on Me’s failures, at their core, come from an astounding lack of self-awareness. IMDb lists four producers, four casting directors, 12 people in the casting department, and a director who was presumably cognizant during filming. That’s a lot people being complicit in temporarily shattering the fourth wall by having freaking Maino playing the guy who shoots Tupac in a big budget film.

Brian Josephs
Tags: All Eyez on Me, maino, Tupac Shakur