Here’s Everything We Know About Lorde’s New Album Melodrama 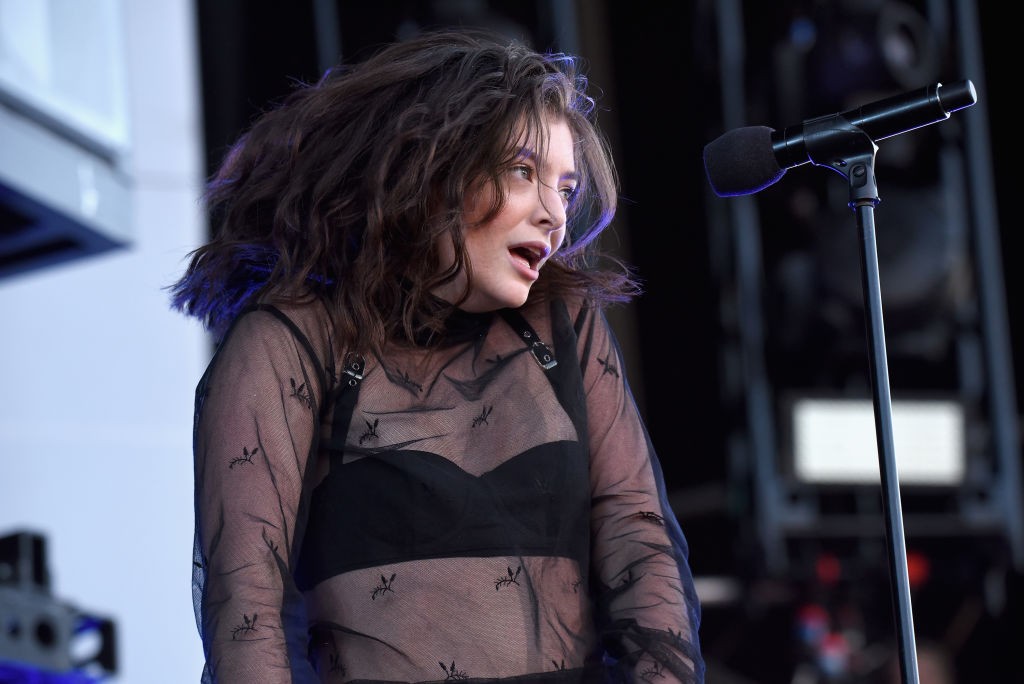 Pop phenom Lorde is about to graduate: Her long-awaited sophomore album Melodrama is out June 16. Ahead of its release, here’s everything we know about the record.

Lorde returns after a break from the spotlight

Lorde—a.k.a. Ella Yelich-O’Connor—broke through with the success of “Royals” in 2013 and spent much of 2014 touring. In 2015, she returned to her native New Zealand and kept a low profile. “I made a very deliberate choice to withdraw for a little while from a public life,” she wrote in a November 2016 Facebook letter to fans. “I haven’t had my hair or makeup done in a year, the free handbags dried up LONG ago, and the paparazzi at the airport are almost always for someone else.”

The album’s been in the works for a long time

Lorde reportedly began writing for her second album way back in December 2013, just three months after the release of her debut Pure Heorine. But much of the heavy lifting happened in New York City last year. Among the places Lorde ended up working on the album: A 24-hour diner called the Flame.

Four of Melodrama’s 11 songs are already out. Lead single “Green Light” was Lorde’s first new music in more than three years. It’s sonically richer than the minimalism of Pure Heroine, but its peculiar key change and drum arrangements demonstrated an artist still willing to opt for the unexpected. According to Lorde, master pop songwriter Max Martin called “Green Light” an example of “incorrect songwriting”—but she declined to follow his advice and released it her way. The memorable video, directed by Grant Singer, features Lorde dancing in a bright magenta dress:

On the heels of “Green Light” came the piano ballad “Liability”; Lorde performed both songs on Saturday Night Live in March. Earlier this month, she released closing track “Perfect Places,” with its anthemic, nostalgic chorus about wild nights: “All the nights spent off our faces / Trying to find these perfect places.” “Here, Lorde is, as on ‘Green Light,’ broadcasting to us from the middle of some strobe-illuminated party: feeling rebellious, listening to radio hits so loud they threaten to ‘blow the speakers,’ then spitting those songs’ sentiments back out at us her own way,” wrote SPIN’s Winston Cook-Wilson.

Most recently, Lorde released the album’s second track, “Sober.” “After the sonic maximalism of ‘Green Light’ and ‘Perfect Places,’ it’s exciting to hear Lorde return to the kind of sparse and considered arrangement she navigates so deftly,” SPIN’s Andy Cush opined. “More than a simple retread of Pure Heroine, “Sober” instead uses Lorde’s new resources as a bona-fide pop star to electrify her old aesthetic.” Here’s the full Melodrama track list:

Lorde doesn’t usually reveal too much about her personal life, but she and former boyfriend James Lowe broke up sometime in 2015. “Green Light” was inspired by the experience of her “first major heartbreak,” Lorde told Zane Lowe, and her persona within the song “is that drunk girl at the party dancing around crying about her ex-boyfriend who everyone thinks is a mess. That’s her tonight and tomorrow she starts to rebuild.” The album’s very next song, “Sober,” similarly explores themes of relationships, longing, and coming down after a night of debauchery.

Melodrama was written and produced with help from Jack Antonoff, a.k.a. Bleachers

Antonoff rose to fame as a member of the band fun., and he hit the big leagues working on Taylor Swift’s 1989 (he co-wrote and co-produced Swift’s “Out of the Woods” and “I Wish You Would”). “It’s not about minimalism anymore; it’s this bigger, broader thing,” Antonoff told Rolling Stone of Melodrama. “It’s a very different album in terms of the palette of sounds.” Meanwhile, Antonoff’s new album as Bleachers, Gone Now, just came out on June 2. He and Lena Dunham are dating, and Lorde says she worked on “Sober” at the couple’s kitchen table:

so the first inklings of sober came to me in the back of an uber, and then properly at jack and lena’s kitchen table. i BOLTED to the studio

came up with the “midnight, lose my mind” pitched sample on a sinfully hot day in palm springs and also started sober II that day as well

but this song was so important to me because it felt like pop music i hadn’t heard before, this sprawling brass & strange vocal syncopation

& i think we expressed the emotions so purely- it’s leaning & drawling, juvenile & triumphant – impressing someone then embarrassing urself

She quoted Henley’s “The Heart of the Matter” to Rolling Stone: “‘What are these voices outside love’s open door that make us throw off our contentment and beg for something more?’ It’s the most incredible fucking question of the universe. I don’t think I can do that. Even when I try really hard to not see things in very simple ways, those confines do still exist because I’m just so new to living. I’m excited to get older and get better and be able to do it like they can do it.”

The portrait of Lorde on the cover of Melodrama is a painting by Brooklyn-based artist Sam McKinniss.  “[T]here were some youthful, nighttime attitudes she was really chasing after and really trying to get into the songs,” McKinniss told W Magazine. “So what she asked me to do was to meet her there and create a kind of colorful teenage restlessness and excitement and energy and potential—to put that into color and put it in my hands.” As some talented fans have demonstrated, the moody color palette also makes an, ahem, melodramatic makeup look.

Lorde test-drove the album by riding the subway…

Hoping to get a sense of how Melodrama might sound to fans, Lorde worked on songs and tested mixes while riding the subway in New York City. People rarely recognized her, but she had a plan if someone did, as she told the New York Times Magazine:

“Nobody recognizes me,” she said. When Lorde does spot someone spotting her, she went on, her move is to smile, place a finger to her lips and mouth a conspiratorial shh. Her thinking is that this gesture, warm and direct in its appeal, will pre-empt any further encounter — “and it usually does.”

…because she can’t drive!

Lorde recently confirmed a savvy fan’s theory—based entirely on snippets of lyrics—that she doesn’t know how to drive. And that’s why “I do my makeup in someone else’s car,” see?

you’re RIGHT! but i’m working on it i have the book… https://t.co/mlnkmUnIRF

But she’s not a teenager anymore

“I’m 19 and I’m on fire,” Lorde sings on “Perfect Places,” but the real Ella Yelich-O’Connor is 20 now—and she’s very conscious of Melodrama as a contemporaneous document of her transition from teenage-dom to adulthood. “Writing Pure Heroine was my way of enshrining our teenage glory, putting it up in lights forever so that part of me never dies, and this record – well, this one is about what comes next,” she wrote in the November 2016 Facebook note.

Melodrama is out June 16 via Virgin EMI.